Each season, Cargo Cosmetics journeys to a different destination as a nod to the free spirit of the independent traveler. For Fall/Holiday 2017, the beauty brand will embark on an intergalactic voyage transporting consumers to a galaxy far, far away. 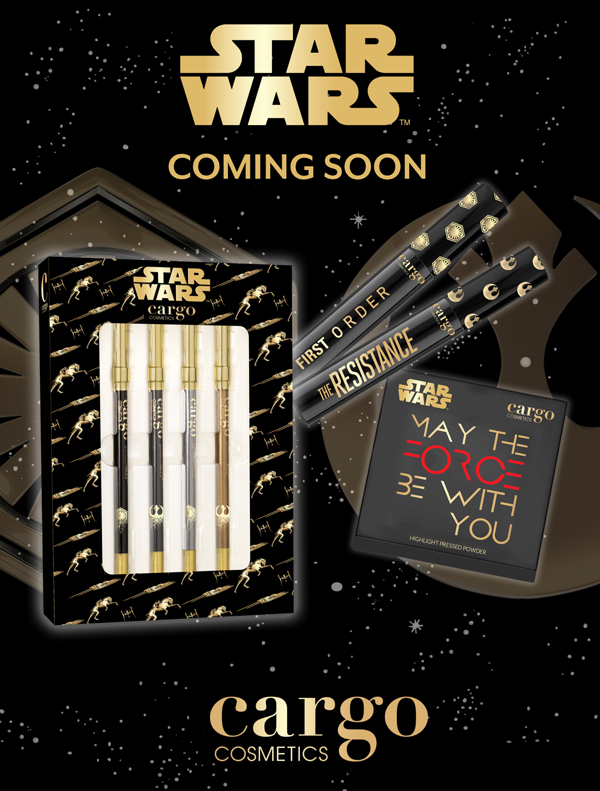 The new Star Wars: The Last Jedi film debuts in U.S. theaters on December 15, 2017. Cargo Cosmetics’ capsule collection inspired by the film will coincide with the film launch and be available right in time for the holidays.

“This collaboration with Disney has given our team an opportunity to really showcase our creativity,” says Brian Robinson, President of Cargo Cosmetics. “Cargo is regularly used on the sets of hit Hollywood films so developing a line for Star Wars: The Last Jedi just further reinforces our brand’s identity. We are truly excited to be able to offer the Cargo customer this exclusive capsule collection in addition to the regularly planned Fall/Holiday launches.”

About Cargo Cosmetics
For 20 years, Cargo Cosmetics has been a staple on the sets of film and television as well as in the makeup bags of women worldwide. High-definition foundations that escape the scrutiny of HD cameras and first-to-market innovations have created a loyal following amongst the world’s most renowned makeup artists. An industry insider favorite, Cargo has received some of the beauty industry’s most prestigious awards. As a nod to the free spirit of the independent traveler, Cargo chooses a different location to transport fans to each season. Visit www.cargocosmetics.com for additional information.