EMMY ROSSUM 2013 Critics’ Choice Awards on Thursday, January 10th, 2013 in Los Angeles, CA. Hairstylist Hallie Bowman. BEAUTY INSPIRATION: “We decided to go for a old world Hollywood glam look with deep glossy waves and a deep side part swept to the side.” 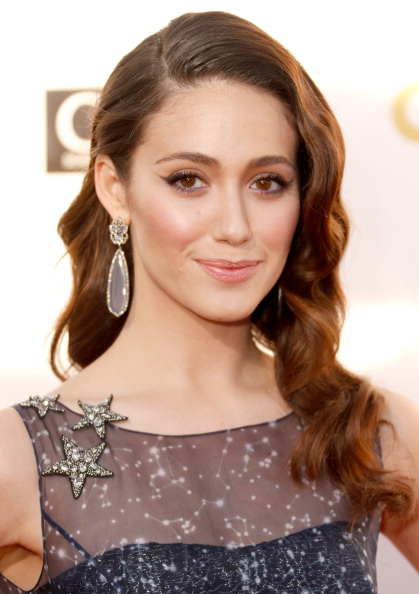 Emmy Rossum. Do you love?

“I started with wet hair and blew it out with a big round brush using Davines Universal Mattering Mousse as well as Moroccan Oil Hydrating Styling Cream evenly applied roots to ends for hydration, volume and control. Then I gave the hair a light spray with the Davines Invisible Hair Spray for more holding power. I curled the hair with a 1″ barrel curling iron being sure to curl each section in the same direction so the curls would form together once brushed out. I pinned the curls as they cooled. After removing the pins, I brushed through well with a Mason Pearson hairbrush and applied Davines Universal Instant Grip Glue (for staying power) mixed with Kerastase Serum Nutri-sculpt for shine and sculpt-ability. Using a comb I sculpted the waves around her face and used Phyto Workable Holding Spray to finish the look.” 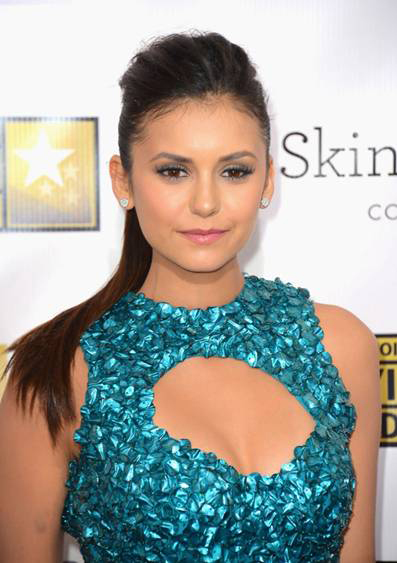 Nina Dobrev. Do you love?

“Nina’s bright sparkly dress was the focus of this look so I opted for a neutral palette with a fresh pink lip and lots of lashes.”

“To prepare her skin I used Erno Lazlo Normalizer to even skin tone and absorb excess moisture. I then perfected her skin with L’Oreal “LUMI” Foundation in Buff Beige. I brightened her cheeks and complemented her tan with Cargo Colorstick Blush in Key West. I used warm neutral eyeshadows from Urban Decay’s NAKED Palette on her lid crease and brow bone. I finished the eyes with a coat of L’Oreal Lash Architect 3D Mascara.

The lip color was Urban Decay Super Saturated Lipcolor in Lovechild. I finished the look with a dusting of Cargo Blu-Ray High Definition Powder. “