This year at New York’s annual Costume Institute Gala at the Metropolitan Museum of Art, some of the most beautiful hairstyles seen on the red carpet were created exclusively by Frederic Fekkai celebrity stylists using ALL Fekkai products. This year’s MET Ball, themed “Alexander McQueen: Savage Beauty,” was hosted by Anna Wintour, Stella McCartney and Colin Firth, with Francois-Henri Pinault and Salma Hayek as honorary co-chairs. The annual event, dubbed “The Fashion Oscars,” attracts the most stylish and influential in the entertainment and fashion industries. 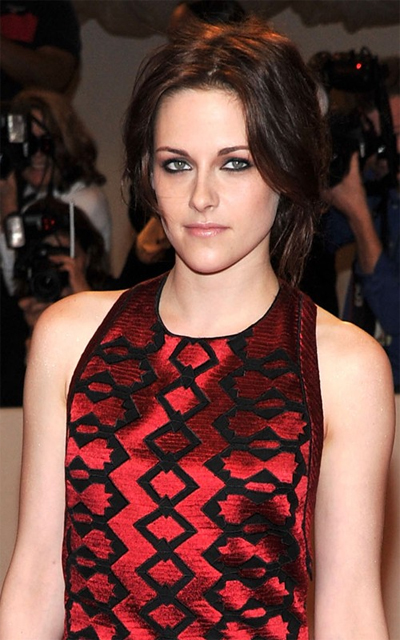 INSPIRATION: A hint of glamour with beautiful fullness and texture

LOOK: A tousled low chignon full of volume and texture

How to get the look: Abergel started out by applying Fekkai Coiff™ Bouffant Lifting & Texturizing Spray Gel to the roots to add volume and then loosely dried the hair with his hands. With a ¾ inch iron he created a natural wave and sprayed Fekkai Beach Waves to keep the curl. Then he let the hair fall into a rough middle part and pulled the hair back into a low chignon. To secure the look, Abergel finished with the Fekkai Coiff™ Sheer Hold Spray letting a few pieces fall in front to shape the face. 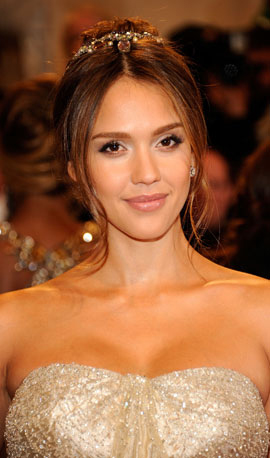 THE INSPIRATION: Campora was inspired by the shimmery lines

THE LOOK: An edgy up-do with soft texture

HOW TO GET THE LOOK: On wet hair, Campora applied Fekkai Advanced Full Blown Volume™ Styling Whip throughout the head and blow-dried with a round brush. Using his fingers, he pulled the hair back securing at the crown of the head. Then he rolled the hair fastening with bobby pins. He then wrapped one piece of hair around the bottom of the rolled ponytail to add sophistication to the edgy style. Next, he embellished the hair by adding an accessory and left a few front pieces to maintain a soft texture. He finished by spraying the hair with Fekkai Coiff™ Sheer Hold Hairspray for all night hold.

Duffy for Frederic Fekkai styled the locks of Demi Moore 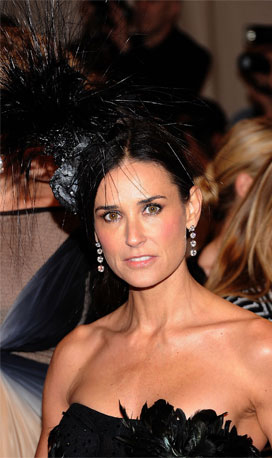 THE LOOK: A juxtaposed style; up but down

HOW TO GET THE LOOK: On wet hair, Duffy applied Fekkai Coiff™ Strong Hold Volume Mousse throughout and blow-dried the hair giving the roots volume. He then let the hair fall into it’s natural part and curled the hair with a 1’ barrel curling iron, using special technique to give it a broken look. Next, he applied Fekkai Coiff™ Océanique Tousled Wave Spray and teased the hair with a wide tooth comb to break the curls and created 3 sections in the hair. He then took the left and right section and tied the hair as if you were tying a knot in a shoe lace to create two separate knots. Then, to refine the shape he bobby pinned the knotted pieces and the middle section together and secured with Fekkai Coiff™ Océanique Tousled Wave Spray to finish the look.

INSPIRATION: An editorial take on the classic romantic style; modernized and full of texture

THE LOOK: A loose chignon

HOW TO GET THE LOOK: On wet hair, Campora applied Fekkai Marine Summer Hair Beach Waves and dried the hair using his fingers to create a wave. Next, he used a ½ inch curling iron to create the texture. Then, he pulled the hair back into a low chignon. To set the look, he sprayed Fekkai Coiff™ Sheer Hold Hairspray.

INSPIRATION: A modernized Sophia Loren; a super chic do

THE LOOK: A side part, full of volume and texture

HOW TO GET THE LOOK: Campora applied Fekkai Coiff™ Strong Hold Volume Mousse throughout and then formed a side part. He then used a ½ inch curling iron, pinning the up to let it cool. Once cooled, he took the hair out of the bobby pins and brushed the hair using the Fekkai Classic Brush to form the shape. To set the look, he sprayed Fekkai Coiff™ Sheer Hold Hairspray.

THE LOOK: A side swept style with cascading waves

HOW TO GET THE LOOK: Abergel started out by creating a deep side part and applying Fekkai Coiff™ Contrôle Ironless Straightening Balm. After blow-drying the hair he used a flat iron to straighten the hair for a super silky look. Then, he took a 2 inch section in the front and create a wave with the 1 1/4″ curling iron. He then applied Fekkai Advanced Brilliant Glossing Cream for added shine. To finish the look, he pulled the hair to one side of securing with bobby pins; he shaped the face by creating a swoop over the eye.

THE LOOK: A soft take on and edgy look

He started by prepping the hair with Fekkai Coiff™ Bouffant Lifting & Texturizing Spray Gel to create texture and loose waves. Next, he pulled hair into a ponytail and secured at the top of the head. He then split the hair into two sections and applied Fekkai Advanced Full Blown Volume™ Styling Whip creating two fishtail braids leaving the edges of the hair out spraying with Fekkai Coiff™ Sheer Hold Hairspray. To finish the look, he twisted the braids together and pinned the hair to the top of the head.