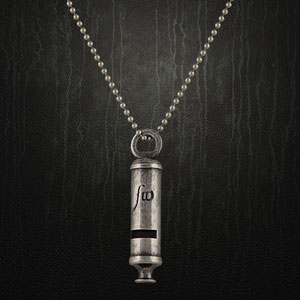 The Falling Whistles campaign is dedicated to becoming the voice of a growing coalition for peace in the Democratic Republic of Congo. After hearing the horrifying stories of children sent to the frontlines of war, only armed with a whistle to alert others of rebel forces approaching, Sean Carasso created Falling Whistles in an effort to bring worldwide awareness to the plight of these Congolese children.

Curve has redefined what a “specialty boutique” should be. Their mission has always been to sell style over fashion and trends by offering handpicked and well-edited collections with an array of styling services. With a devout following of costume designers, stylists, celebrities, and fashionable women from all over the world, Curve remains a pillar of cutting-edge style in Los Angeles, New York, Miami and beyond.