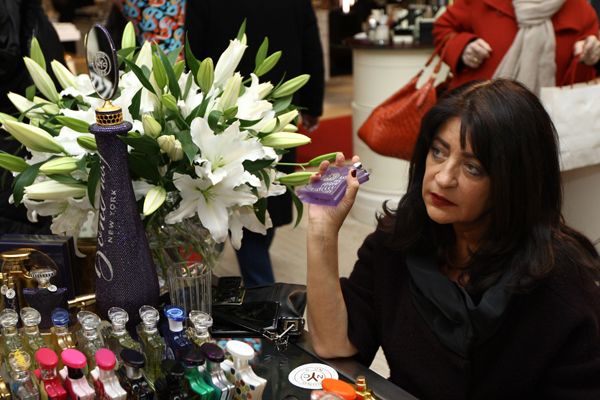 Not even a blizzard or the crowds of New Yorkers and tourists flocking to midtown could deter loyal fans of the NoHo-based artisanal perfumery Bond No. 9 from lining the main floor of Saks Fifth Avenue’s New York Flagship to meet President and Founder Laurice Rahme. On Saturday afternoon, shoppers in search of a collector’s item for themselves as well as that perfect gift eagerly waited as Ms. Rahme signed bottles from her collection of 40 fragrances inspired by New York. She was greeted by Suzanne Stemper Johnson, Group Senior Vice President and General Manager of Saks Fifth Avenue’s New York Flagship. 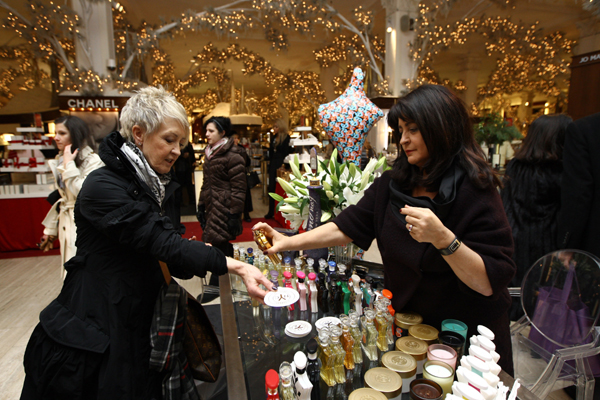 Bond No. 9 is sold exclusively at Saks Fifth Avenue nationwide, at saks.com, at Bond No. 9’s four New York stores and at www.bondno9.com