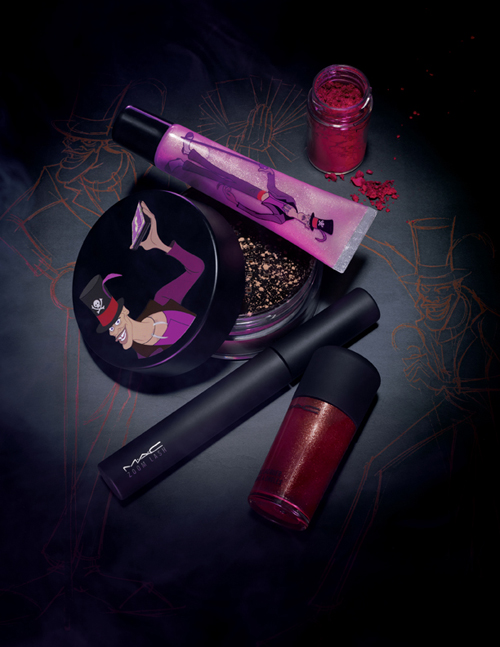 A potion to poison, an apple to bite, a spell to cast…bad never looked so good. A crystal ball of colour created from your favourite Disney Venomous Villains, inspired by the three most infamously frosty, fabulous and formidable of Disney’s Dark Ladies…and one dastardly Dr. Facilier. Don’t you love it? A MAC and Disney collaboration to celebrate the dark side in every one of us, in a glamorous sort of way.

Who’s the fairest one of all? Four separate mini-collections, in haute animated couture. The incomparable Cruella de Vil and Snow White’s Evil Queen, each featured on one ultra primary displayer Sleeping Beauty’s Maleficent and The Princess and the Frog’s Dr. Facilier are both up to no good on their own. Uniquely designed iconic packaging you will kill for, cunning characters and bedeviled beauties that are so alluring, you can’t help but wonder: what would it be like to be one? 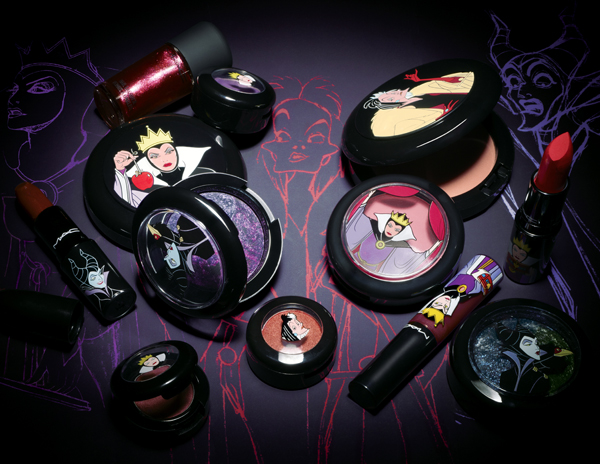 A POTION TO POISON, AN APPLE TO BITE … MEET M.A.C’S VENOMOUS VILLAINS

Sleeping Beauty got her prince, and Snow White may have been the fairest in the land, but when it comes to classic fairy tales, good girls are so cliché. What really captures our attention are the vampy devilish divas that always manage to cast a spell over everyone they meet. In the spirit of the unabashedly cunning seductress, MAC Cosmetics has collaborated with Disney to created four separate colour collections that pay homage to a cast of characters who aren’t shy about being very, very bad. There’s the incomparable Cruella De Vil, the infamous London heiress hell-bent on obtaining one very couture fur coat; the jealous, aging supermodel that is Snow White’s Evil Queen; Maleficent, a snubbed evil fairy whose vengeance put Sleeping Beauty to bed without supper; and the devious Dr. Facilier, a hip, stylish voodoo king with a thing for frogs. Featuring a palette of pearlescent blacks, royal plums and rosy reds, you wouldn’t dare turn them down. It’s absolutely wicked. 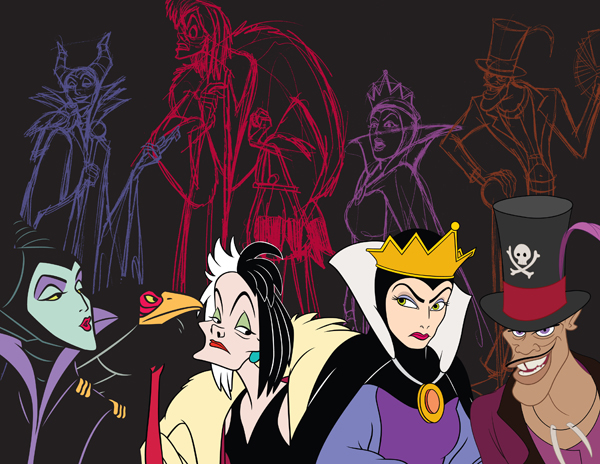 The Walt Disney Company has a heritage of creating the most classic, beloved characters of all time, and that includes this cast of unforgettable villains. Cruella De Vil appeared in the 1961 film One Hundred and One Dalmatians, and in 2005 was ranked the #1 Disney villain by the Walt Disney Company. Maleficent is the self- proclaimed “Mistress of All Evil” in the 1959 classic, “Sleeping Beauty;” and the Evil Queen from the 1937 film Snow White and the Seven Dwarfs is synonymous with the infamous phrase, “Mirror, mirror, on the wall. Who is the fairest one of all?” Most recently, Disney welcomed its newest villain in The Princess and the Frog, the incomparable Dr. Facilier, a voodoo king with “friends on the other side”.

Her Own Devices Cool nude

Compact inspired by collaboration; interior contains standard mirror on one side and magnifying mirror on alternate side Suggested Retail Price $12.00 U.S./$14.50 CDN