Marion Cotillard is in the new Dior campaign called “Lady Blue”. The setting is Shanghai’s beautiful skyline including the Oriental Pearl Tower. Dior’s Lady Blue campaign was photographed by Steven Klein and it also includes a 12-minute film directed by David Lynch and premiere on Ladydior.com on May 15, 2010. 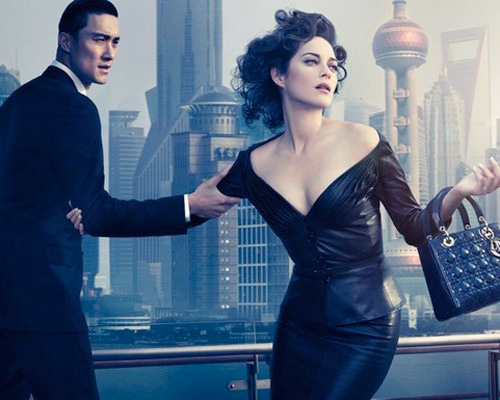