Gato for Maybelline New York turned to the Renaissance for inspiration at the Naeem Khan FW ’16 show. Evoking the era’s romantic feel with lips in a color he calls “aged wine,” he brought his vision into the present with a strong extended eyebrow. The result is a look that is at once timeless and progressive. 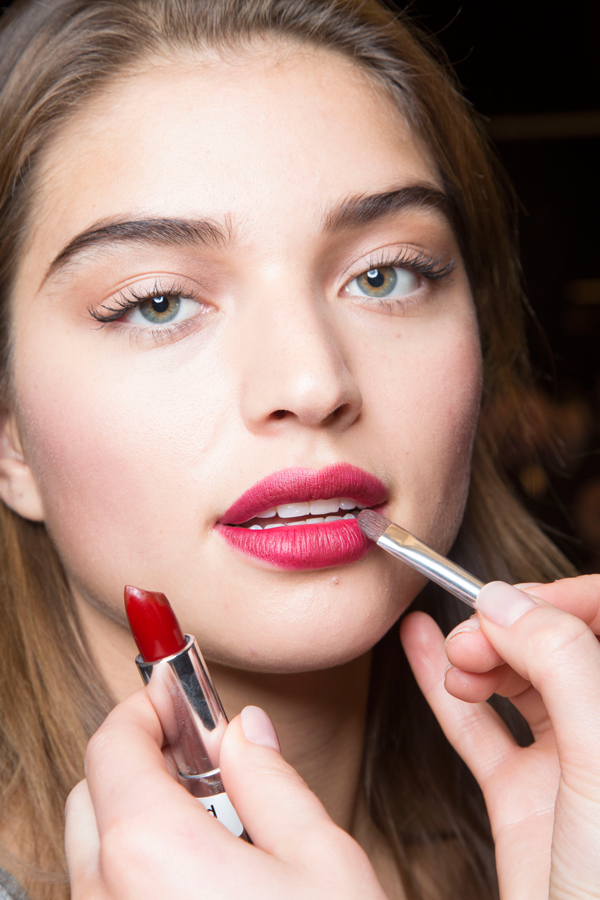 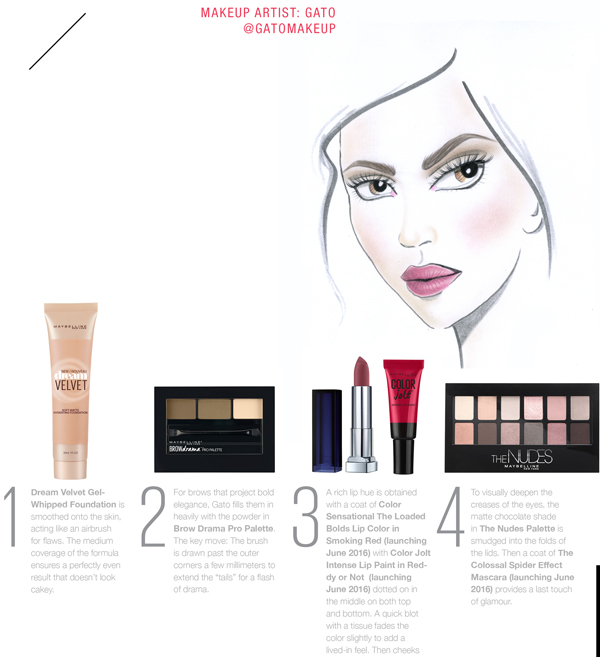 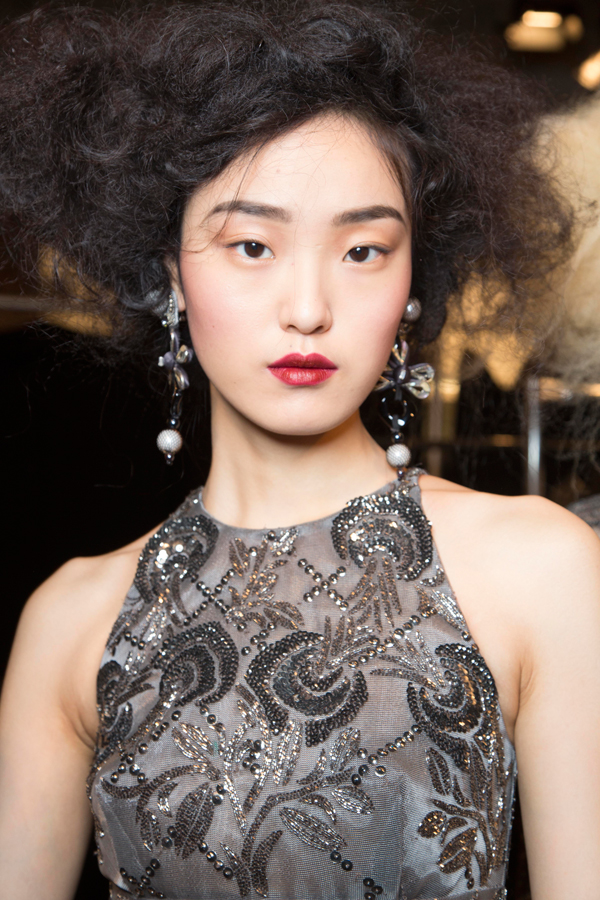 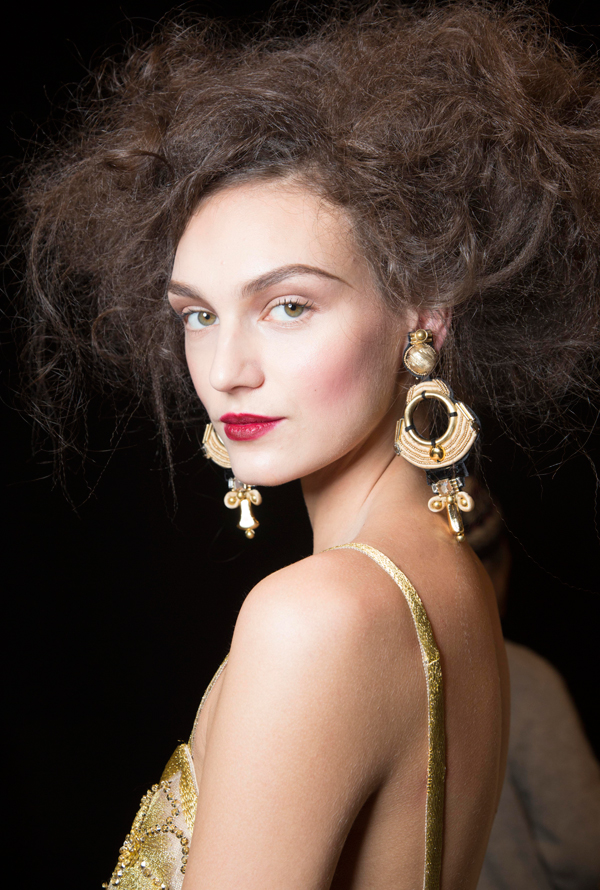