Pink Is The Newest COVERGIRL

COVERGIRL believes in beauty with an edge. Now, the makeup with attitude meets the rock star with attitude: P!nk! In her new role as a COVERGIRL, P!nk’s going to dare every woman to take more beauty chances and join her in kicking traditional conventions to the curb. The artist recently wrapped her first print advertising campaign with the brand, which will debut in Fall 2012. 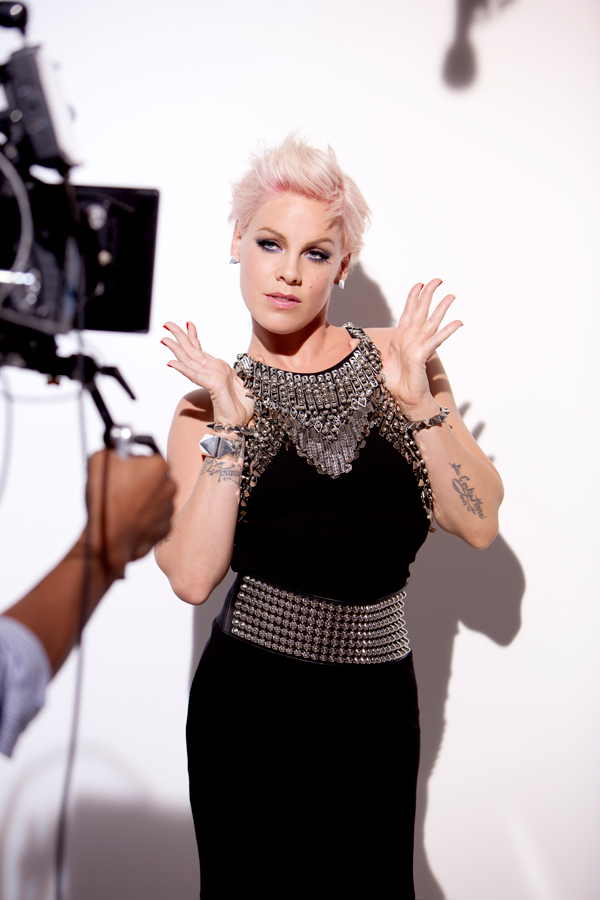 Fresh off the heels of putting the finished touches on her new album, The Truth About Love, P!nk exemplifies what it means to be a true COVERGIRL. She’s got her own individuality and never settles for conforming to a single beauty standard. “I have a lot to celebrate. I called my new album The Truth About Love, and the truth is that I have my beautiful family and baby girl, my new music, and now my partnership with COVERGIRL to love,” said P!nk. “Joining a group of women who have always inspired me –to laugh out loud, let my guard down, or play around with my beauty look – is such an honor.”

“P!nk is a powerful and provocative role model, who has always been an advocate of individualism and making no apologies for who you are,” said Esi Eggleston Bracey, VP and General Manager, COVERGIRL Cosmetics. “That combination of irreverence and integrity is exactly what the COVERGIRL brand loves about her and identifies with. We have admired P!nk’s art and her attitude for years! We love the energy and confidence that she radiates, and the fact that inside and out she’s as cool as she looks. She’s an awesome addition to our COVERGIRL family.”

Throughout her career, P!nk has built a reputation for being a fearless, fun innovator: so it’s fitting that later this fall, as the first chapter of her COVERGIRL story, the singer will be the face of a bold new mascara innovation from the brand. In the months ahead, P!nk will debut many more surprising new beauty looks on her lashes, lips and everything in between.

Since its introduction in 1961, the COVERGIRL brand has been a pioneer in providing women with the makeup tools to rock their everyday cover moments. The long list of famous COVERGIRLs has included Christie Brinkley, Cheryl Tiegs, Rachel Hunter, Tyra Banks, Niki Taylor and Molly Sims. The current roster of COVERGIRLS includes such icons as Sofia Vergara, Queen Latifah, Drew Barrymore, Ellen DeGeneres, Taylor Swift and Team USA Athletes Jennifer Kessy and Marlen Esparza.

Visit www.covergirl.com for more information on COVERGIRL’s extensive lineup of products for women of every age. Like CG on facebook.com/covergirl, and follow the brand on Twitter at twitter.com/covergirl.