Sarah Jessica Parker is gracing the cover of VOGUE Magazine May 2010: In a salute to the upcoming exhibition at the Metropolitan Museum of Art Costume Institute, “American Woman: Fashioning a National Identity,” VOGUE’s May 2010 issue offers a celebration of the same topic. To herald the cause and as the emblem of today’s American woman, Sarah Jessica Parker is VOGUE’s May cover star. VOGUE contributing editor Vicki Woods visits with Ms. Parker as she prepares for the upcoming release of the sequel to Sex and the City, begins her role as president and chief creative officer of Halston, and faces the challenges of being a mom to three small children. Styled by Tonne Goodman, Ms. Parker was photographed for the cover by Mario Testino. 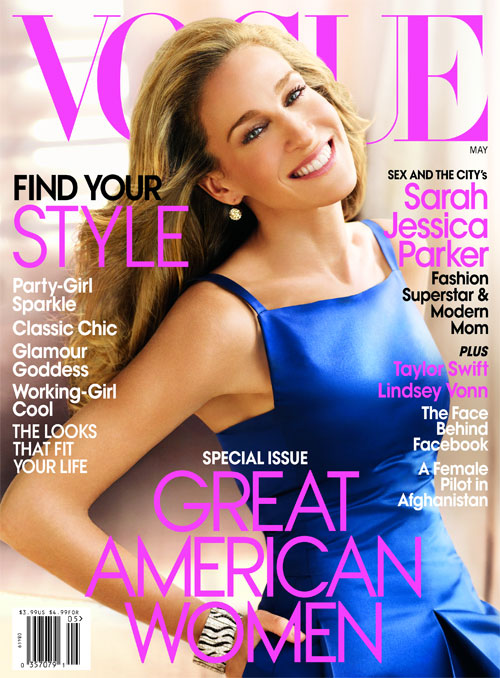 WATCH the behind the scenes of the Sarah Jessica Parker VOGUE May 2010 Photo Shoot (via: vogue.com):

Highlights From the Article:

On having children with a surrogate mother: “Meeting your children rather than giving birth to them, it’s as if, um, it’s—suspended animation. The gestational experience is gone. It’s as if everything else disappears for a moment, and the world goes silent and—I can’t explain it except to say that nothing else existed. I don’t remember anything but the blanket on the bed that they were lying on and my husband’s face and their faces and my son’s. It’s literally as if sound is sucked from the room. Time stands still. It’s so different, and equally extraordinary.” 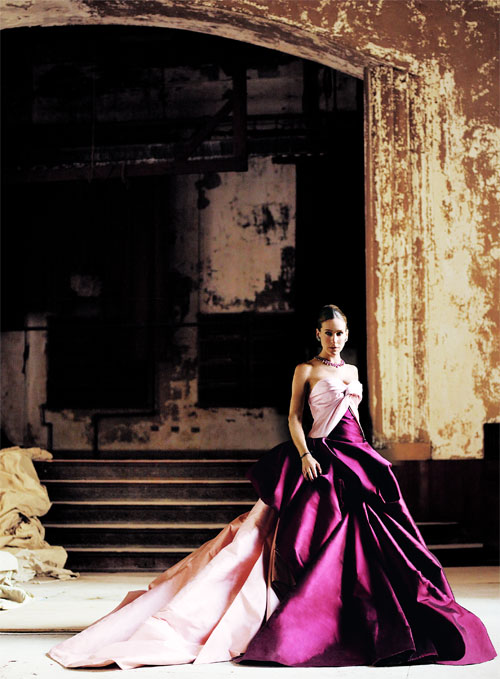 Sarah Jessica Parker in a John Galliano for Dior gown from the Dior Show in Paris
picked by non other Anna Wintour. Photo Credit: Mario Testino/VOGUE

On the importance of keeping perspective: “We painted our patio furniture ourselves…. I make my children’s food myself. We put together their high chairs ourselves; we do a lot ourselves! We do our own grocery shopping, we go to the market ourselves, you know? I do my laundry.”

The upcoming Sex and the City sequel: “We four women, despite I guess what a lot of people hope, have never been better. This movie—and maybe it’s because we actually lived together—it was the best! We were together all day long, at night, in the restaurants, in our hotels. It was wonderful.” 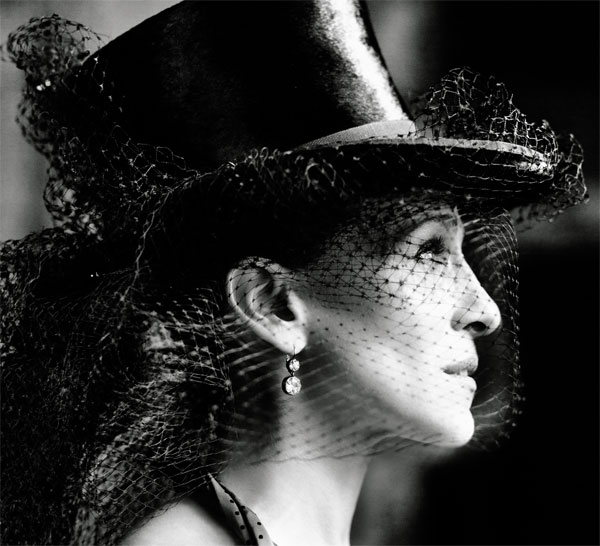 Sex and the City getting older: “We’re still playing—uh, I don’t know how old Carrie is! Is she about 42 now? I think Carrie’s younger than I [Parker is 45], and Miranda and Charlotte are younger than they are in real life. Samantha was always the older lady, so she’s 52 now and talks a lot about what comes with that. In the movie. Talks about menopause. Comedically.”

Her introduction to New York and Halston: “I came to New York originally in 1976, and then I got this part in Annie around the corner from Studio 54. I was a little girl, and for some reason they always invited the cast of Annie to Studio 54, so there I was at thirteen and fourteen, and the doorman would usher us in, literally underneath his arms. And it was 1977 in New York City, and you couldn’t be alive and not know the name Halston.”

Her new position with Halston “There was every reason to say no, and there were very compelling reasons to say yes…. It’s an exciting time at that company. It has had some false starts that are well documented and it is relaunching itself. It has a wonderful legacy, and I couldn’t say no.” 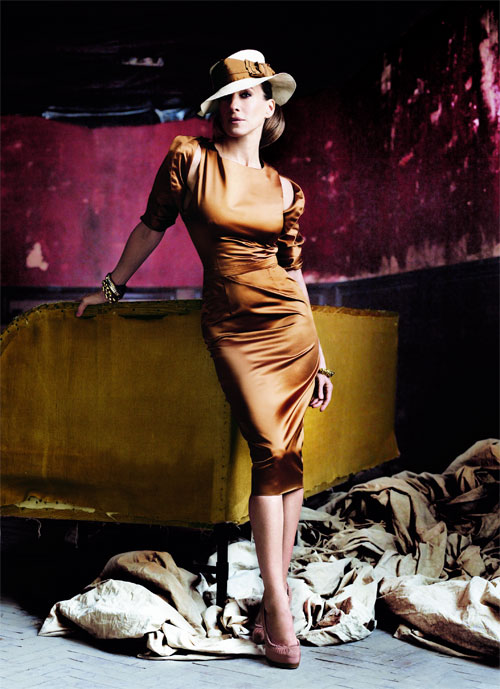