Sienna Miller At The BFA Nominees in London

Celebrity Style: Sienna Miller recently celebrated a night of fashion with her sister Savannah Miller, the design duo behind the Twenty8Twelve line, at the BFA Nominees Party on September 2nd, 2010. While recognizing the best in the fashion, Sienna stood out in her very own chic Twenty8Twelve Porter Dress while Savannah sported the washed denim jacket from the line. We LOVE! 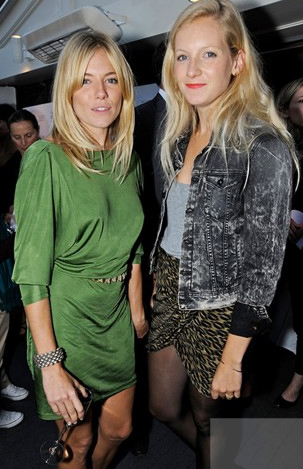 Sienna Miller with her sister Savannah Mille
Image via www.vogue.co.uk

Twenty8Twelve Porter Dress in Malachite, $285 as seen on Sienna Miller is available at Tobi.com and Shopbop later this month (September 2010).