Actress Sienna Miller graces the  British GQ Magazine Cover September 2009. I quite like Sienna on this cover, she reminds me of Jane Fonda in the 1960’s. I also love Sienna’s hairstyle, part in the middle and soft waves. Sienna seems very comfortable and natural on this cover, maybe it’s that fluffy chair, or maybe because it’s was shot for British GQ, her homeland:) 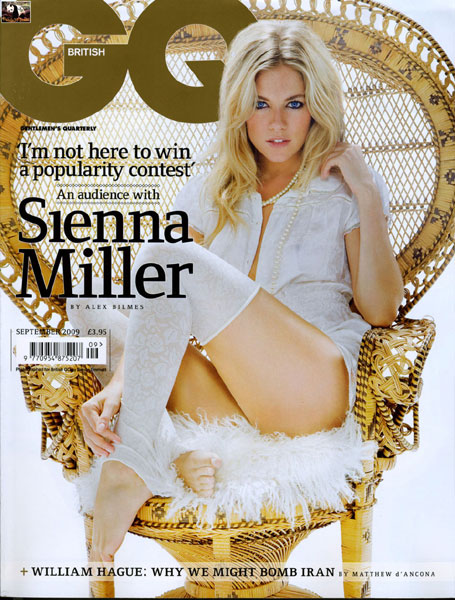