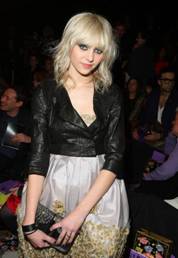 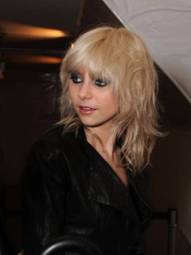 and NARSskin brightening serum to create an even base with a subtle glow [“She certainly doesn’t need the firming benefits of the foundation, but I love the texture,” explained Sharon]

· Top with a light dusting of NARS Single Eyeshadow in Cyprus