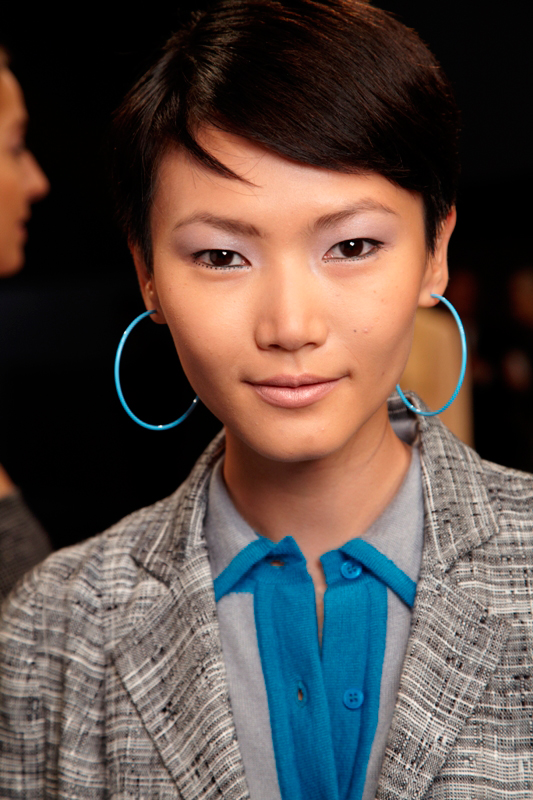 Designer Chris Benz tapped into an American-girl-in-Paris mode (circa the late 1960’s) for his spring collection this week. The presentation, held in the David Rubenstein Atrium at Lincoln Center, featured models standing against a video screen on which the cult Claude Lelouch “C’était un Rendezvous” short film was screened.

The clothes were a medley of colors and fabrics; mahogany and navy were counterbalanced with graphic white, citron yellow, cerulean blue and honey. Textures were woven painterly patterns of fuchsia, tangerine and taupe, evoking a blurred glimpse of a beautiful girl buzzing by on a Vespa. 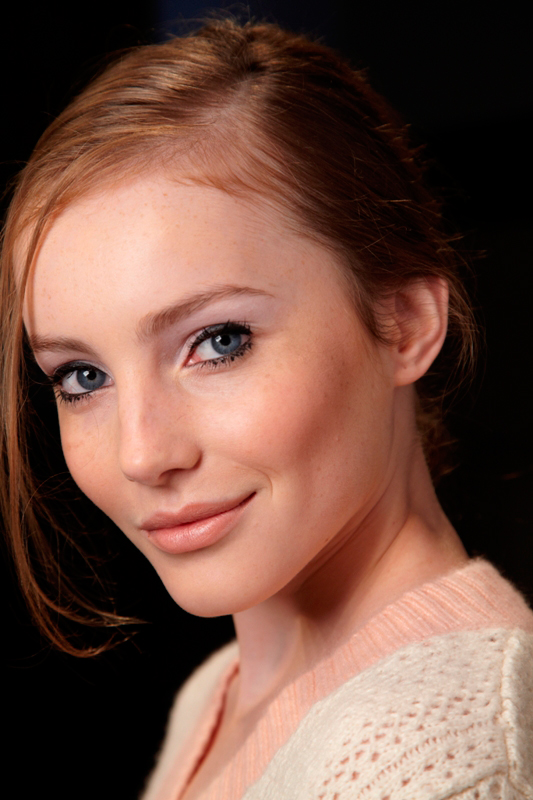 The makeup, by Daniel Martin, continued on the youthfully sophisticated theme. Chris and Daniel looked to the French singer Frances Gall, the pop princess from the 1960s, for inspiration. To start, Daniel applied the pale lavender shade from Lancôme’s new spring palette, Color Design Minérale Eye Shadow Quad in Cool Lavande, along the lid and up to the crease. Next, he applied a straight line of Artliner in Noir from the inner corner to the end of the lashline. (Daniel refrained from creating a “retro cat eye.”) The inner eyes were rimmed with black eyeliner. 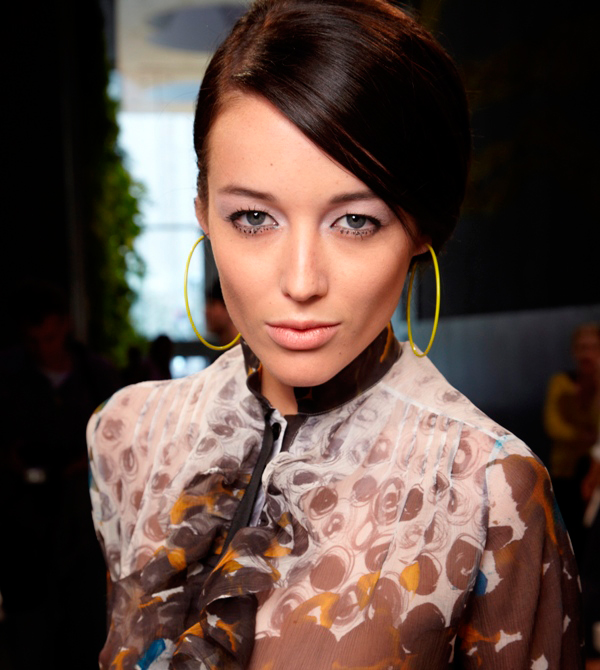 Tiny dots of Artliner, contained close to the bottom lashline, were Daniel’s nod to French whimsy. “From a distance it looks like a fuller lash,” explained Daniel, “but up close it’s just cool.” Finally, top and bottom lashes were coated with several coats of Hypnôse Drama Mascara.