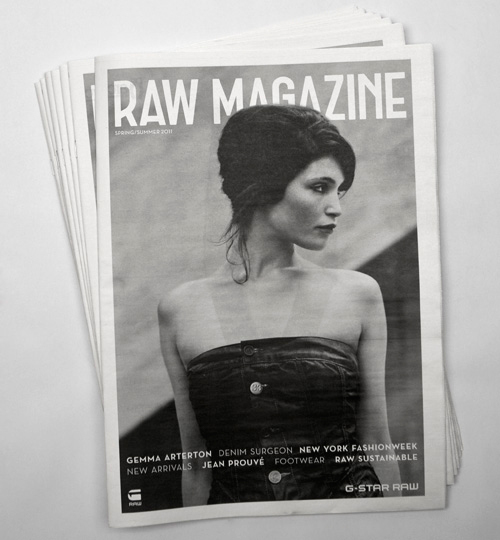 G-Star is fascinated by your authenticity – the fact that beneath the Hollywood glamour and gloss there is a tough, real person with a tough, real upbringing. You embody their values as an authentic denim brand that makes real work-wear and has, by a twist of fate, become a glamorous fashion label. Do you relate to that?

Of course! I think that’s one of the things that I love about G-Star. I feel like a tough girl in a fancy frock sometimes, and I think G-Star is the same. I like the contradiction between glamour and durability. Sometimes people are shocked when they meet me because of this contradiction. I’ve often been told that what I say doesn’t match the way I look… and I think that’s a good thing! Surprise is exciting. 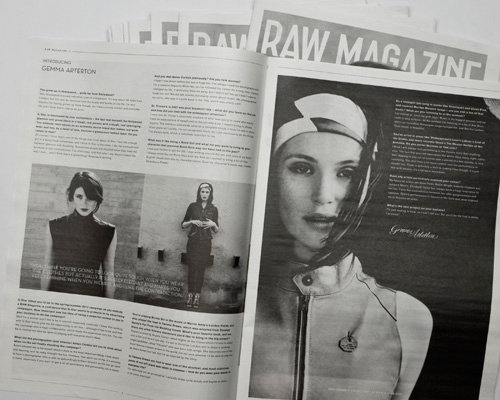 G-Star asked you to be in the spring/summer 2011 campaign as you embody a RAW Elegance, a confidence that G-Star wants to promote in its advertising campaigns. How important was the idea of being a powerful woman to you in your decision to do the campaign?

Well I’m a woman and I like to be in control, especially creatively. I knew that working with G-Star would give me the opportunity to do this- although it has to be said that the campaign was a huge collaboration, which made the experience very fun. You can be in control but also be open to playing with everyone else’s ideas.

What did the photographer (and director) Anton Corbijn tell you to think about when on the set finally shooting the campaign?

Anton allowed me to be myself which I think is the most important thing. I love music and dancing, and he really brought the fun, frivolous, free spirit out of me. It’s amazing to have a photographer who is also an astoundingly brilliant director as the two go hand in hand, especially if you want to get a lost of spontaneity and personality into a shoot.

What was it like being a Bond Girl and what did you want to bring to your character that previous Bond Girls may not have had in the past?

I was just thrilled to get the job, I was walking around the set with stars in my eyes! I always loved the old Bond films from the ‘60s so I wanted to bring a bit of that English cheekiness into my characterization. Even my character’s name was cheeky: Strawberry Fields!