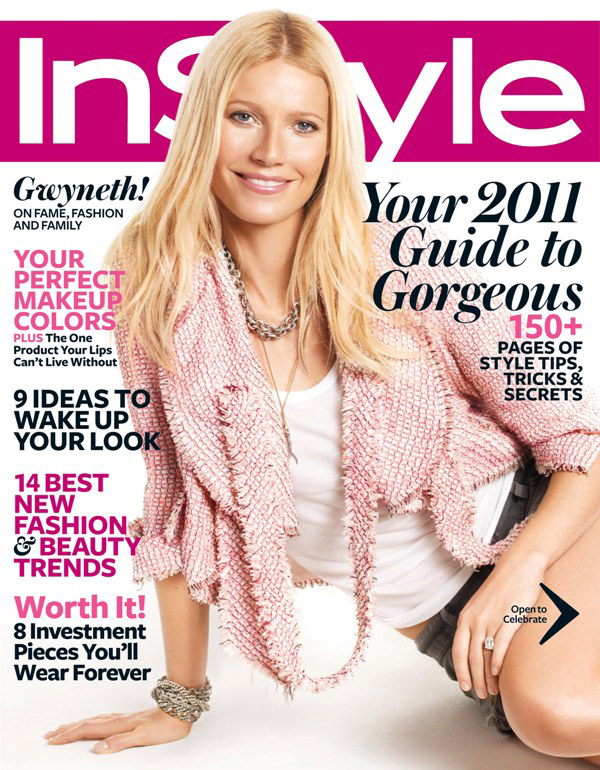 Gwyneth Paltrow tells InStyle: On preparing for her role as a country singer in Country Strong: I’ve never prepared for anything more in my life. It was a big responsibility. There was studying with an accent coach, learning to play guitar, and of course the singing. My voice didn’t have any power or strength to it at all, and I wanted to try to sing properly. And I was so nervous about performing live scenes in the film because that’s so foreign to me.

Something surprising about her life in London: I like having dance parties at my house and being super-goofy with my girlfriends. We just play dance music, like whatever is on the radio and then old stuff —Michael Jackson, disco–and new stuff; we mix it up. It’s fun.

What she loves about being with her family during the holidays: My favorite thing is that the phone stops ringing and the e-mails stop coming. It’s like a vacuum is created where you can be together and there’s no outside noise. The air changes. You can be home, but it feels different. I really love that.

Pick up a copy of InStyle’s January issue on sale Friday, December 17 and go to InStyle.com for more on Paltrow

Did you know Barbra Streisand was the the first person ever to appear on an InStyle cover in June 1994? 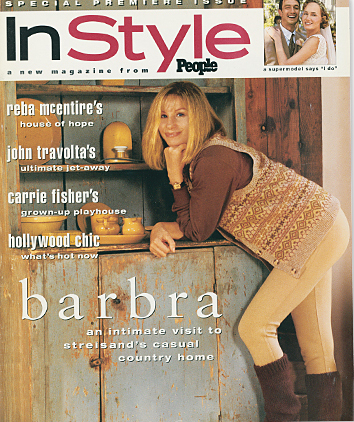