On behalf of Lifetime Networks, Talking Makeup is pleased to let you know about Project Runway’s ALL-STAR CHALLENGE!

To celebrate the premiere of Season 6 of Project Runway on August 20th, at 8PM ET/PT eight designers from past seasons will return to compete in a two-hour Lifetime Special. 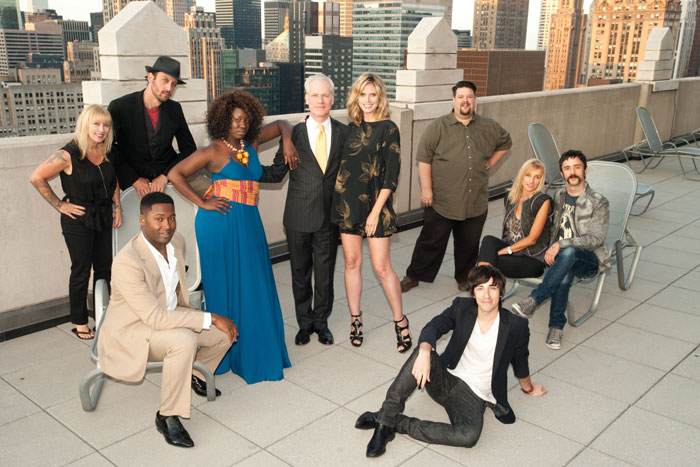 Unprecedented Special Event to Air at 8:00PM ET/PT and Feature Designers from Previous Seasons. Special to be Followed by the Season Six Premiere of PROJECT RUNWAY at 10PM ET/PT and the Debut of the All-New Companion Series MODELS OF THE RUNWAY at 11PM ET/PT.

For the first time in Project Runway history, eight former fan favorites and Project Runway superstars are returning to the catwalk to compete against one another in the two-hour special, Project Runway: All-Star Challenge. The spirited competition premieres Thursday, August 20, at 8PM ET/PT and will be followed by the highly anticipated premiere of the sixth season of Project Runway at 10PM ET/PT and the debut of the all-new companion series, Models of the Runway, at 11PM ET/PT.

At stake for the designers are not only the ultimate bragging rights, but also a $100,000 cash prize. Will the designers be up to the challenge of returning to the workroom, working under the “Gunn” (as in Tim Gunn) to create a successful fashion line? Are they ready to, once again, face the critiques of Heidi Klum, Michael Kors and Nina Garcia, as they showcase their creations?

The designers competing in Project Runway: All-Star Challenge are as follows: