All Posts Tagged With: "blunt bob"

Naomi Watts seems to keep getting more beautiful. At the premiere of Salt last night she looked beyond fabulous as she wore a shorter, dramatic new blunt bob with layered side-swept bangs. 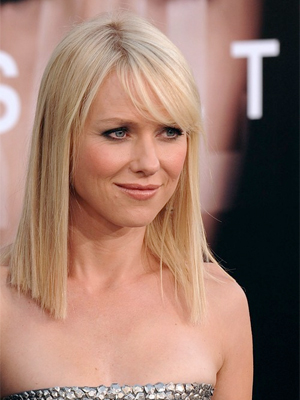 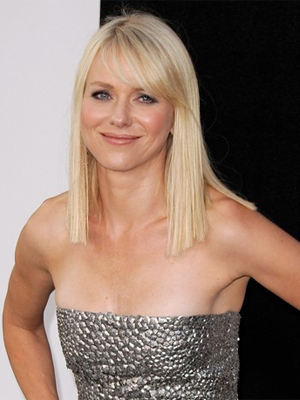 The hairstyle & Inspiration: Inspired by the lines of the metallic strapless Gucci mini-dress that Naomi wore, stylist Robert Vetica created a sleek look that referenced 60’s British pop and a Studio 54 vibe refined by a soft, natural mood.

How Naomi Watts got her hairdo: According to Vetica, “It was quite a change for Naomi. I cut 2 inches off , kept her hair blunt and collarbone length, and created bangs that swooped to the side. The length is a bit longer in front and slightly higher in back. The bangs were first cut long and blunt, then razered and texturized to about the bridge of the nose so they looked lighter around the face and were easily swept to the side.