All Posts Tagged With: "Piers Morgan"

As you probably know by now, Marta is ‘obsessed’ with interviews. I love doing interviews and I love watching interviews. For some reason I’m often drawn to British journalists like Piers Morgan or in this case today, Alexa Chung. Maybe I’m a little England home sick. Thank god I’m going back for a visit this July:) Anyways, watch this Alexa Chung interview with rock star John Mayer. It’s hot right now. xo

Alexa Chung is an English television presenter who most recently hosted MTV’s It’s On with Alexa Chung in the US, which looks like it was cancelled after its last airing on 17 December 2009. 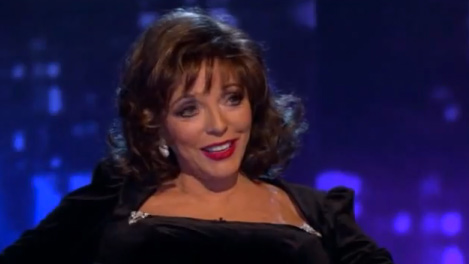 Now on to Joan Collins: When I was 15 yrs old growing up in Israel I read the Joan Collins biography and even back then I became fascinated by this woman. However, watching Joan’s recent interview with Piers just made me fall in love with her even more. Joan is one of the most beautiful, witty, intelligent, charming, and graceful women I’ve ever seen or met. She is one beauty I really look up to! And BTW, Joan Collins is the best looking 76 year old woman I’ve ever seen.