All Posts Tagged With: "Serge Normant at John Frieda Salon"

The first I’ve noticed last night when I saw Claire Danes at the 2012 Golden Globe Awards was her super clean blonde hair. It was the real deal blonde and as I like to call it Hollywood Blonde. TM & Marta Walsh has got the scoop about Claire’s hair color from Steve Amendola, colorist at the Serge Normant at John Frieda Salon in New York. Steve colored Claire Danes’s hair for the 2012 Golden Globes. 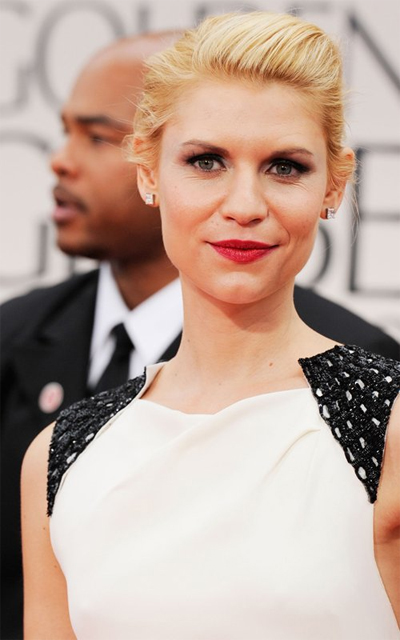 The stars were out for last night’s American Music Awards 2010 (AMAS) at the Nokia Theatre in Los Angeles, and Natasha Bedingfield was no exception. The British singer/songwriter was on hand to present the Breakthrough Artist Award to the night’s big winner: Justin Bieber. 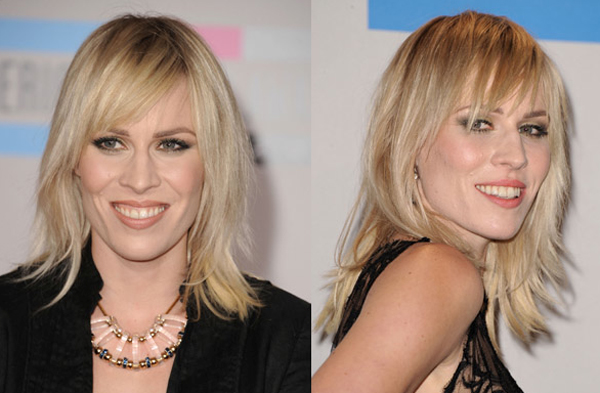 Not one for lots of fuss and fluff, Natasha’s AMA hair was chic and simple, not over done. Natasha’s red carpet and presenter dresses were both youthful and energetic so Caile Noble, stylist for the Serge Normant at John Frieda Salon in LA, kept her hair very effortless—with a dramatic side swept bang to accentuate her eyes.

Caile shares with Marta Walsh the step-by-step instructions on how to replicate Natasha Bedingfield’s look:

Tips and tricks for fall from renowned stylist Guy Riggio. Change your hair with the season with expert advice from one of the foremost stylists at the Serge Normant at John Frieda Salon in Los Angeles.

“This fall is about extreme high fashion and looking polished, sharp and luxurious,” says Riggio. “This includes your best accessory-your hair.”

Riggio predicts the trends that will be taking the runways by storm this season: 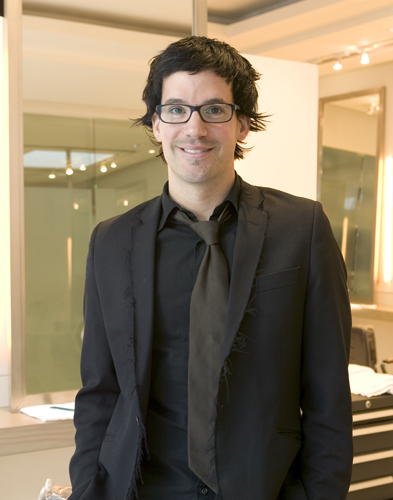 Guy Riggio-stylists at the Serge Normant at John Frieda Salon in LA.

The Low Ponytail-“Those girls who know they look great with their hair pulled back should definitely rock this look for fall,” says Riggio. “Before you gather your hair and pull it all back, section out a piece of hair at the nape of the neck. After you pull your hair away from your face, brush it with a Mason Pearson brush-every woman should invest in one. This will ensure that the hair visually moves backwards and remains uniform. Tack slicked hair into place with light hairspray to prevent flyaways. Fasten the ponytail with a clear hair band, then take the hair that’s sectioned out and wrap it around the ponytail, using a bobby pin to fasten.”