All Posts Tagged With: "STREETS OF BLOOD"

I’ve recently interviewed actress Shirly Brener for Beauty Interviews. I find Shirly’s interview captivating. Her passion for acting is contagious. And, I love people who are passionate about what they do:)

I also found out some of Shirly Brener’s beauty secrets. Doesn’t she looks beautiful, and SO fit! New year’s resolution for me is a Shirly Brener inspired yoga, maybe?

Here it is, my interview with Shirly Brener:

With several high-profile films to be released within the next few months, Shirly Brener has been a busy actress. She currently shares screen-time with legends Robert DeNiro and Al Pacino in Jon Avnet’s thriller, RIGHTEOUS KILL. Amongst her many projects, included is the much anticipated crime drama, STREETS OF BLOOD, also starring Sharon Stone and Val Kilmer. 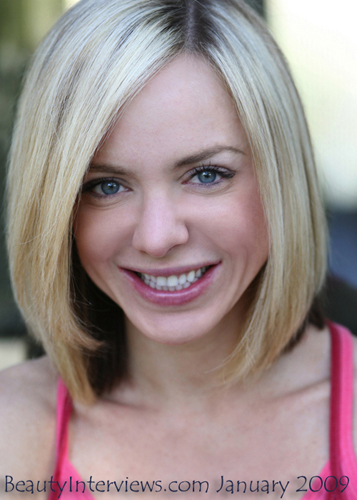 Shirly also stars in indie film director, Jake Torem’s latest project, LETTING GO, in which she plays the manic depressive lead character, April, alongside Bokeem Woodbine and Christopher Knight. Shirly also plays the roles of actress and producer in the upcoming film, SESSION, starring Steven Bauer, to be released in 2009. Shirley can also be seen in the crime drama, HONOR, which will also be released in 2009 as well. Apart from her serious roles in dramas and thrillers, Shirly’s versatile acting skills come to life as she stars as “Britney” alongside Lindsay Lohan and Cheryl Hines in the upcoming comedy, LABOR PAINS, to be released in 2009.