All Posts Tagged With: "thining hair"

“I thought Amanda Seyfried looked amazing, so youthful and modern. There were a lot of up-dos out there that left me totally underwhelmed but Amanda was perfection!” – Sally Hershberger 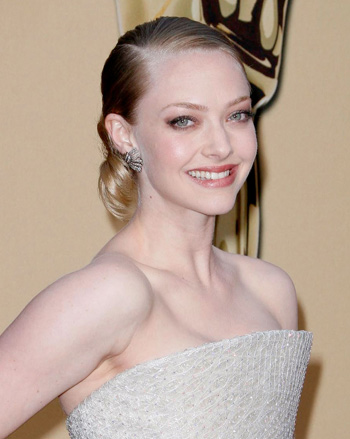 How to get Amanda Seyfried’s Oscars 2010 up-do by Sally Hershberger:

1. To start, shampoo hair with Sally Hershberger’s Normal to Thin Shampoo and avoid using conditioner so you can create a texture that will hold throughout the night.