Supermodels Miranda Kerr, Alessandra Ambrosio and 2010 Swim catalogue cover girl Candice Swanepoel hung out at the SLS Hotel rooftop pool on Thursday, March 25th 2010, discussing the top trends in swim, their tips for looking great at the beach and Victoria’s Secret, the ultimate destination for SWIM. The bombshells also modeled the sexiest styles from the Victoria’s Secret 2010 SWIM collection.

This swim season, Victoria’s Secret celebrates the 15th anniversary of their sexiest catalogue. Shot in exclusive swim destinations like St. Barth’s and Necker Island, the 2010 Victoria’s Secret SWIM catalogue features the sexiest swimsuits & supermodels under the sun. The newest collection features from over the top sexy to subtly seductive suits in a range of bright & bold colors to tribal animal prints. 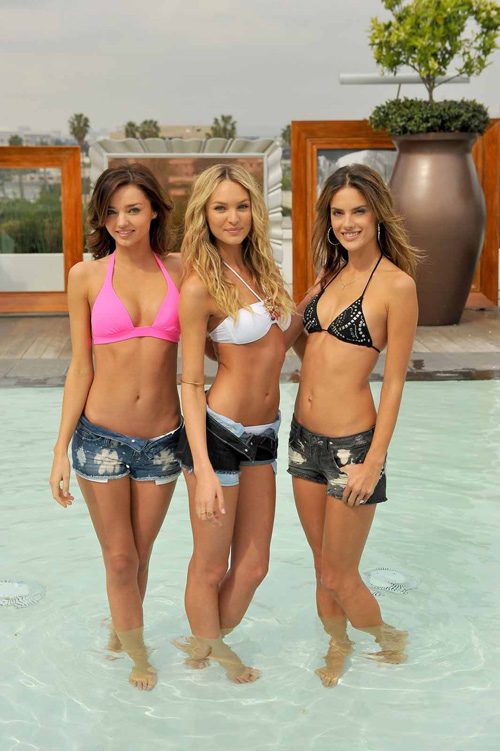 To celebrate the 15th anniversary of its sexy swim catalogue, the brand premiered new videos including a retrospective of the past 15 years of swim which features iconic supermodels such as Heidi Klum, Tyra Banks, Marisa Miller, Adriana Lima and Gisele Bundchen shooting for the world famous catalogue on some of the most stunning beaches in the world. 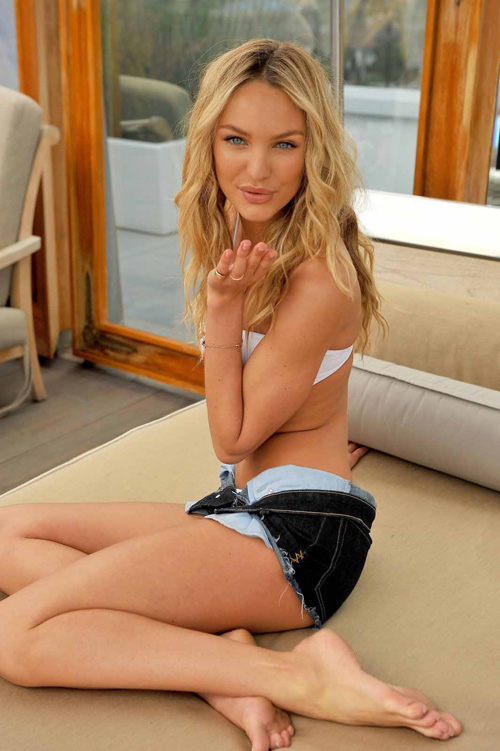