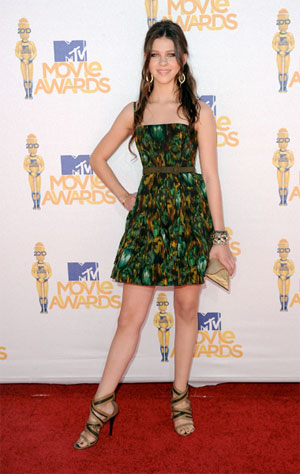 Once dried, he used a one inch curling iron and curled from the bottom of the hair to create tousled undone waves. Leaving a few pieces in front to frame the face, he pulled the hair from the sides to the center and secured with bobby pins. He left the hair down, in front of the shoulders to keep the look modern. Renato used Fekkai Coiff Sheer Hold Hairspray ($35) to maintain the look.