Giorgio Armani Beauty and Maxim are giving one lucky winner the chance to roll like a VIP and rub shoulders with gridiron MVPs when Miami hosts football’s biggest event in February 2010. Maxim’s Big Game Party is one of the biggest sports parties of the season and every year is a star-studded event. Live like a VIP and experience football’s biggest showdown by attending the game and the hottest party of the season. 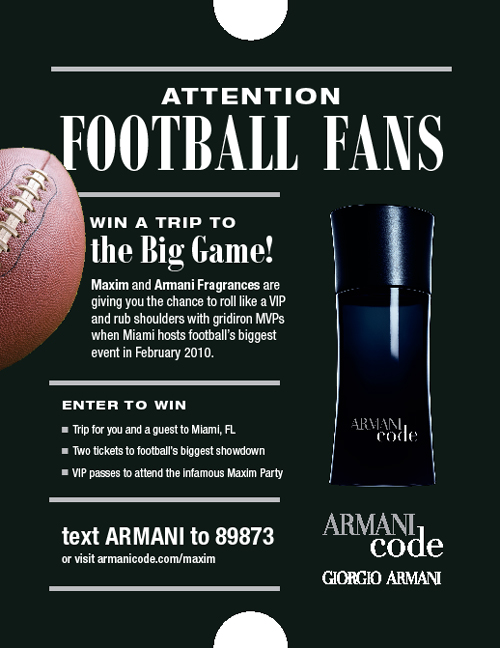 To enter to win a trip to the Big Game, text ARMANI to 89873 or visit www.armanicode.com/maxim . The prize includes a trip for the winner and a guest to Miami, FL, two tickets to football’s biggest showdown, and VIP passes to attend the infamous Maxim Party.