All Posts Tagged With: "Norma Kamali"

Icon fashion designer Norma Kamali to receive Honorary Doctor of fine arts degree at FIT’s graduation ceremonies on May 25th, 2010, 10AM, at the Radio City Music Hall. The event will be streamed live on fitnyc.edu 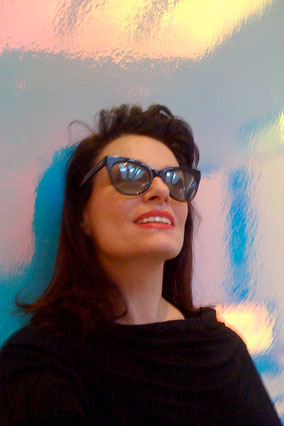 Kamali will be joined by Nina Garcia, Fashion Director at Marie Claire magazine who will be giving the keynote address and Toy Industry leader, Alan Hassenfeld, retired chairman & CEO of the international Hasbro Industries, who will also be receiving an Honorary Doctor of fine arts degree.

Fashion advertising: Designer Norma Kamali and Interview Magazine bring you the debut of interactive fashion ads on the Apple ipad. Kamali will be participating in the first digital version of Interview Magazine that will be available on the ipad April 5th, 2010.

In addition to her signature swimwear campaign, the designer has created portfolios for you to scroll through your favorite looks that can be emailed or shared with friends. Kamali has also created a mini mood video (above) that expresses the spirit of the collection.

Check out the launch of www.normakamaliswimwear.com