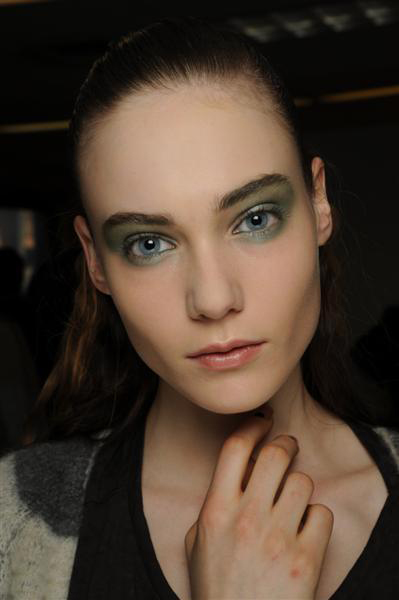 DESIGNER INSPIRATION: “I thought about the element of motion – movement and vibrations that occur when you see a really chic girl riding a bicycle,” said designer Phillip Lim. “It’s a sense of class, but it is an athletic elegance in how she carries herself, and how she looks gliding through the air.” 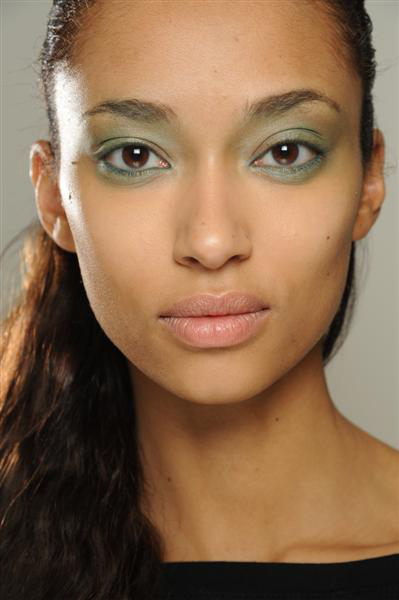 LOOK: “Phillip had an image of a black swan in a green lake as part of his inspiration board – and I wanted to mimic that idea of color surrounding something black – an unexpected element of surprise,” said Lisa Butler for NARS Cosmetics. “The skin is kept clean, with a muted lip and then there are beautiful layers of green and blue on, and around the eyes.” 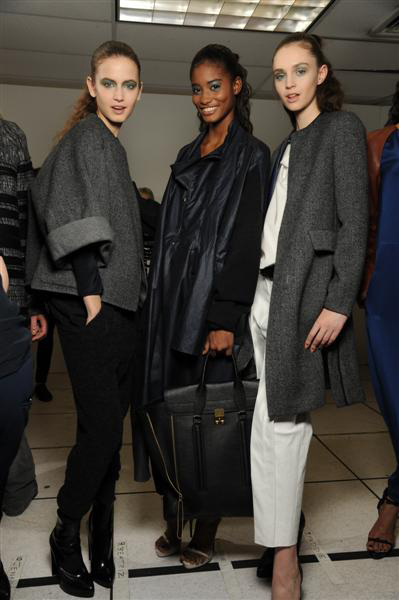 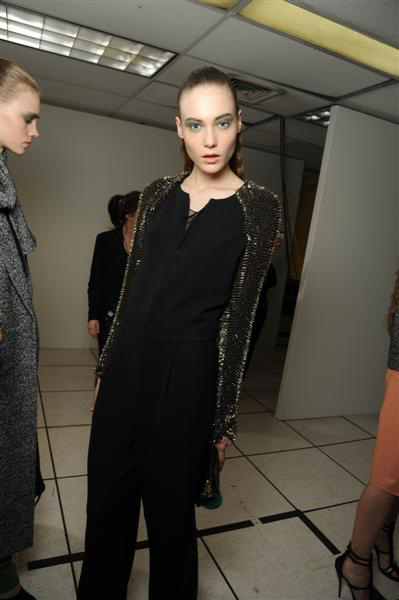 How to and  products: 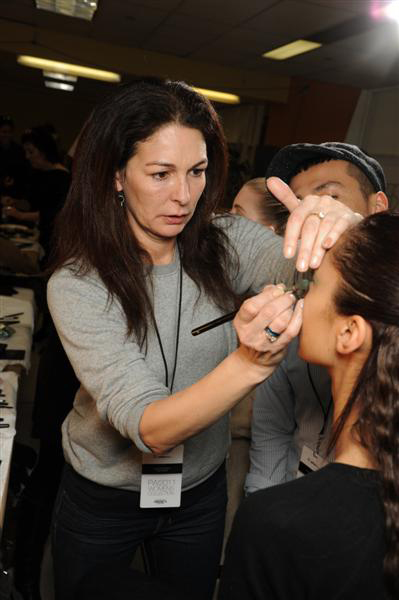 Concealer (NEW for Fall 2011; for now, try the existing Concealer) 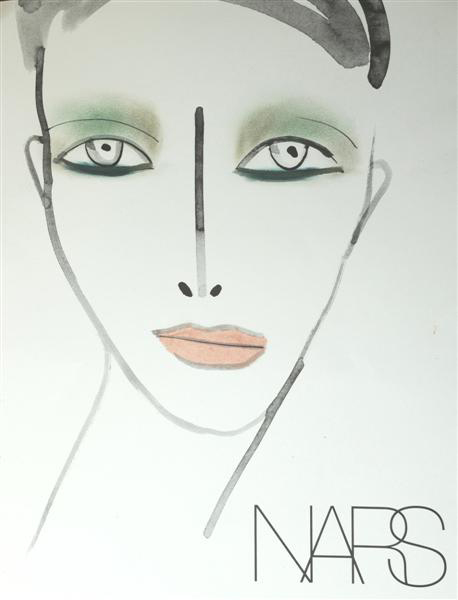 All products, except where noted, are available at narscosmetics.com.