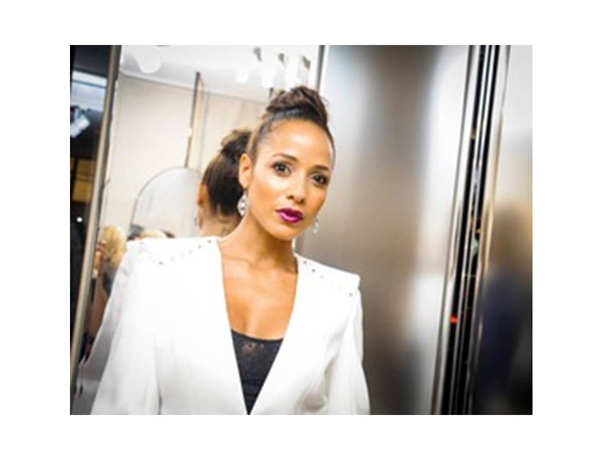 “I have really been into dark lips and winged liner lately, especially with light-colored clothing, so when Dania decided on the white jacket I felt it was the best look to complement her outfit,” said Wilson.