Introducing the newest launches from diptyque and Hermès in honor of National Fragrance Day on March 21st! 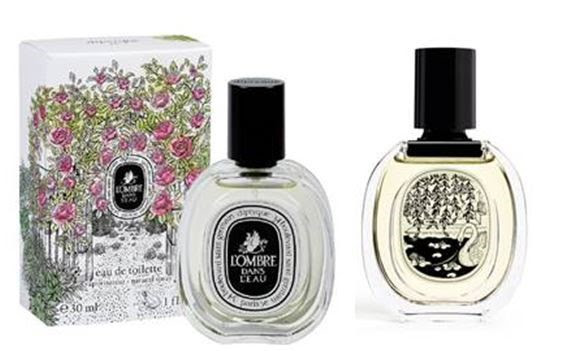 This month, diptyque is reminiscing on its infamous and all-time favorite Baies Candle and the personal fragrance equivalent, L’Ombre dans l’Eau Eau de Toilette, both containing the same notes of blackcurrant and roses. In honor of this iconic floral scent, diptyque is launching limited edition packaging and a travel-sized fragrance.

L’Ombre dans l’Eau, translated “shadow on the water,” tells the story of a hidden garden and peaceful streams, of summer slumbers in the cool shadow of a weeping willow. Painter and diptyque founder Desmond Knox-Leet illustrated this romantic garden that can only be discovered through the eye of the poet and found on the back of the fragrance.

Christine Nagel created an enchanting new offering inspired by fantasy, childhood dreams and femininity. The scent is both woody and mineral, completed by a refreshing note of sea spray and warmed by the roundness and heat of patchouli. This launch is an extension of the existing Hermès classic, Eau des Merveilles.

When describing the scent, her second as head perfumer of Hermès, Nagel stated “the wonder of Hermès is rooted in childhood, when our eyes are open to the world and we marvel at everything. I marveled at the pebbles, wet from the ocean; they had such a particular color and luminosity, and I discovered on them a salty, mineral taste …”