January Jones At The 2010 Emmy Awards 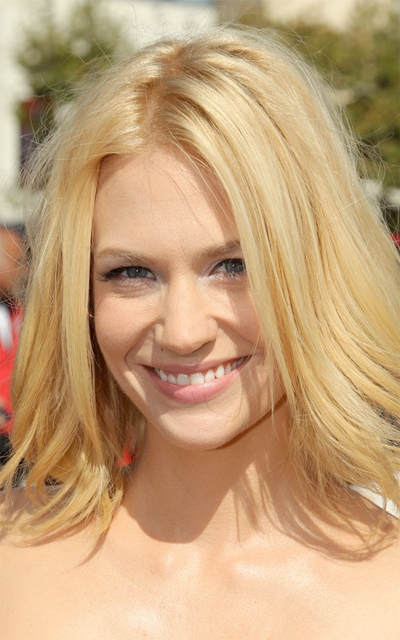 The Makeup Look & Inspiration: For January’s make up I was inspired by Irving Penn’s iconic photos of his wife/supermodel Lisa Fonssagrives, whose signature extended eyeliner symbolizes the epitome of elegance. I used ultra feminine colours with super sculptural liner for a cool update on that classic late 50’s silhouette.

I used CHANEL Liquid Eyeliner in Noir along the lash line for an exaggerated cat eye effect, adding extra lashes on just the very outer edges for added length. I then applied two coats of inimitable CHANEL Inimitable Intense Mascara in Noir on the top lashes and one coat of CHANEL Inimitable Intense Mascara in Purple on the bottom lashes. The rest of the face I kept understated using minimal foundation, pale pink cream cheek colour and CHANEL Rouge Allure Extrait de Gloss in Confidence on her lips. I finished the look by dusting her brow bone and lids with a loose iridescent pearl shadow with a hint of purple to play off the super reflective quality of her dress.