Spotted: Ke$ha backstage before her performance at Casio’s Shock the World 2010 Event in New York City, August 2nd, 2010. At her performance Ke$ha announced that she is a new Brand Ambassador for Casio Watches. I love Casio watches but the question is what about Ke$ha’s baby blue lipstick and stripes around her arm?? What do you think guys: cute or just waste of time? 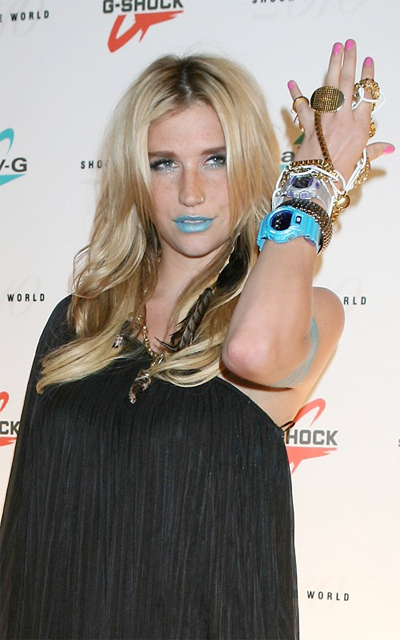