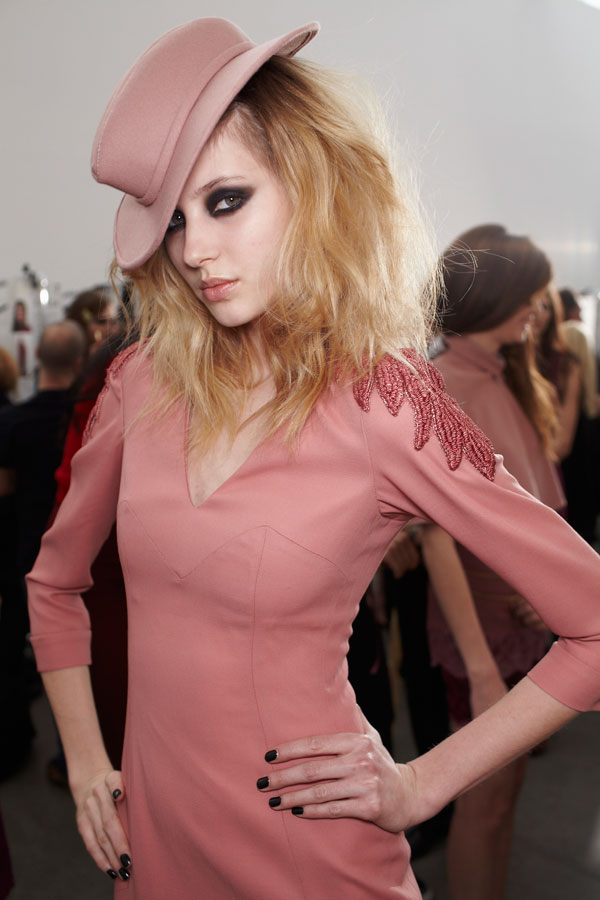 NEW YORK—A L’Wren Scott presentation engulfs the senses with its detailed touches and luxe fabrics—and the Fall 2011 collection was no exception. A lineup of jewel tones—mauve, teal and bordeaux—often layered with each other, were followed by a series of black numbers. The fabrics were just as lush, with plenty of beading and embroidery. 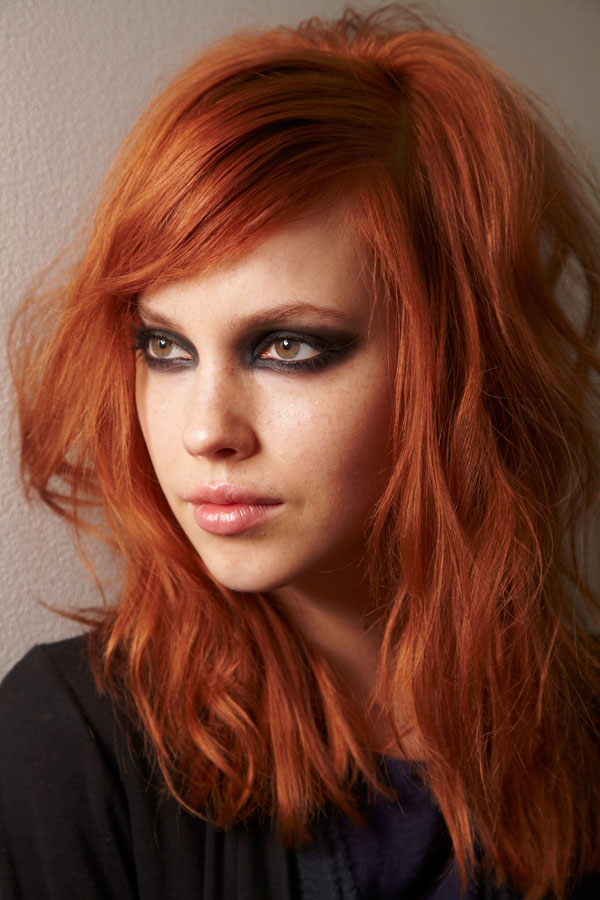 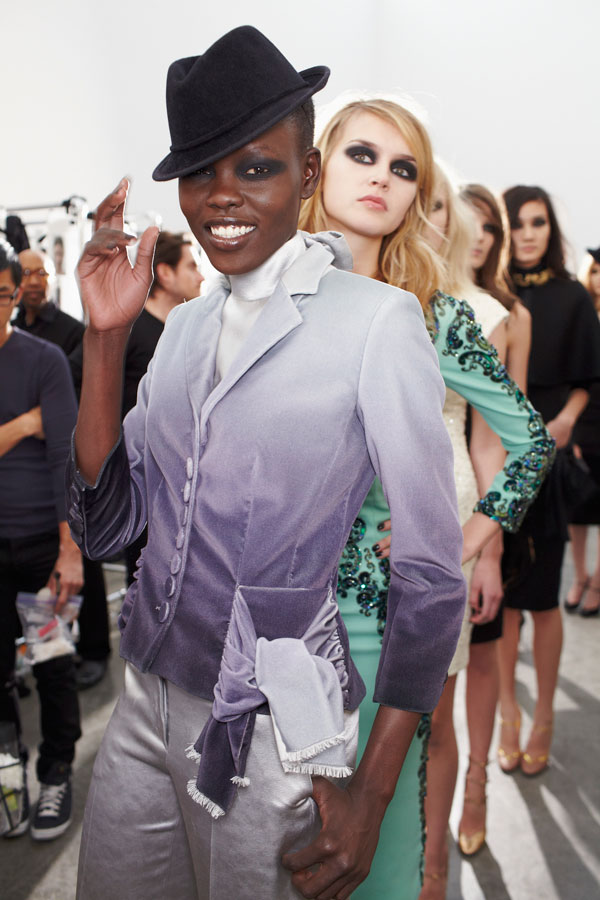 The makeup, said Lancôme’s Artistic Director for Makeup Aaron De Mey, was designed around a “dangerous eye.” The blackest black products were used, leaving no “areas of weakness” exposed. First, Aaron lined around the entire eye, both inside and out. Next, he painted the eyelid with the black khôl liner, taking the color up to the crease and below the bottom lash line. Lancôme’s new eyeshadow palette in Gris Fatale (coming Fall 2011) was blended around the liner and taken to the outer corner, exaggerating the eye shape. Multiple coats of mascara topped the lashes. Aaron kept the skin soft and dewy, while the lips got a dab of L’Absolu Rouge La Base, a hydrating lip primer. Lancôme’s new fall nail color, Noir 29 (black with a pinch of gold shimmer), gave the nails depth and strength. Star hairstylist Serge Normant, using the dry shampoo, dry oil and hair spray from his new hair care line, created the sexy, just-out-of-bed, rock-n-roll hair. 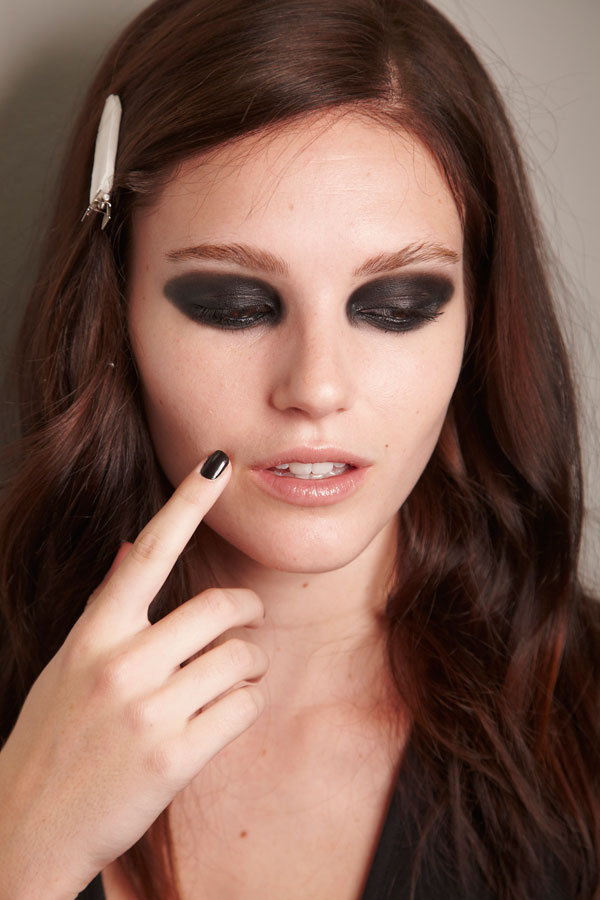