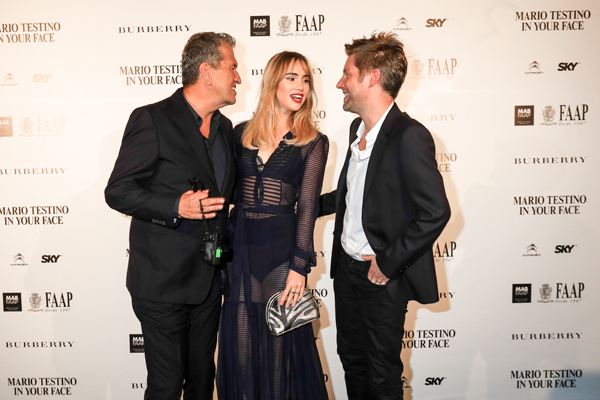 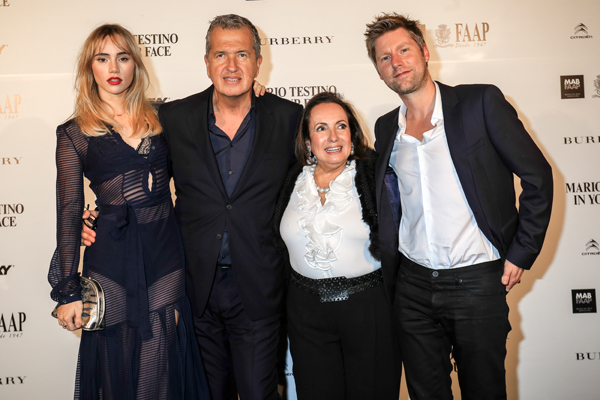 Speaking after the exhibition, Burberry Chief Creative &Chief Executive Officer Christopher Bailey said “It is a great honor to be able to support Mario at his exhibition here in São Paulo. Burberry has a long history of collaboration with Mario, which has produced some amazing results. It’s a privilege to work alongside him. His unique style is unmistakable and his creativity shines through in everything he does.”

Earlier in the day Christopher Bailey participated in a discussion focusing on creative leadership and design with an audience of more than 400 students from the university.

In the past days, Mario Testino spent most of his time attending to details of the exhibition: “I am thrilled to bring In Your Face to São Paulo at FAAP, as they were the first to give me a show back in 1998.  I admire Brazillian culture in so many ways; its architecture, its fine art, its music, its furniture design, so to bring my work to be a part of their cultural program is an honour.”

From 29th August 2014, Museum of Brazilian Art at Fundação Armando Alvares Penteado (MAB-FAAP), Brazil, will present the work of Mario Testino, one of the world’s most influential fashion and portrait photographers. The exhibition In Your Face – first shown at the Museum of Fine Arts, Boston (2012) and at MALBA in Buenos Aires (2014) – is an intimate and provocative insight into the different aspects of Testino’s work. It features many of his most daring and audacious pictures, giving the viewer a close-up insight into his world through 122 personally selected images.

Burberry, which is headquartered in London, was founded in 1856. It is listed on the London Stock Exchange (BRBY.L) and is a constituent of the FTSE 100 index.