Bit of nostalgia. The First American Scent to Revolutionize an Industry Celebrates 60 Years with New Limited-Edition Bottle. “I created Youth-Dew as the first bath oil to double as a skin perfume. I knew that would appeal to women. And it suits my ‘philosophy’ of fragrance, as well: magnificent scents should not be doled out stingily, but like love, be given abundantly.” — Estée Lauder 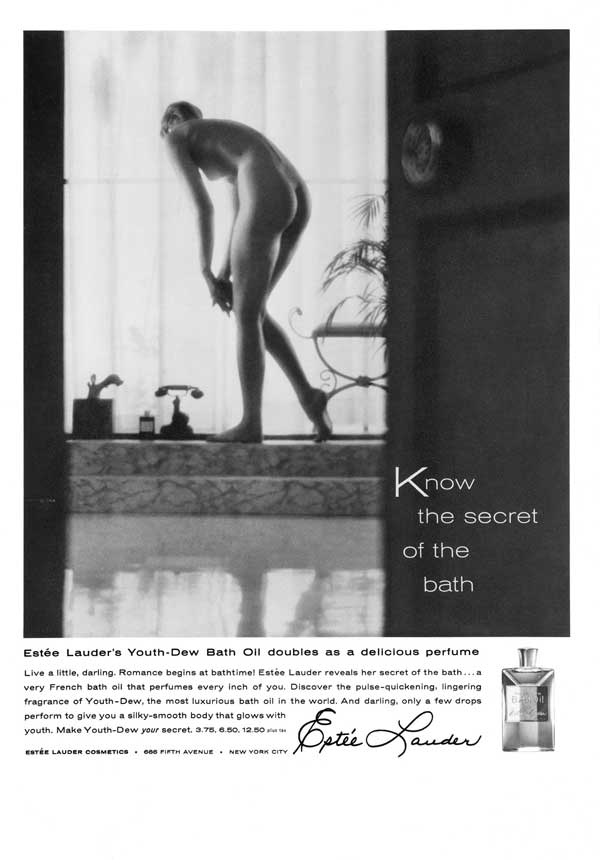 In 1953, Estée Lauder’s introduction of Youth-Dew bath oil took the fragrance industry by storm – heralding revolutionary changes that continue to resonate today. Often described as one of the sexiest fragrances ever created, this voluptuously provocative Oriental fragrance was a true departure from the norm of the day. It re- wrote the way in which perfumers created and distributed their fragrances and forever altered how women perceived, acquired and enjoyed scent.

Sixty years later, Youth-Dew continues to entice and attract with its sensuous, yet timeless appeal. “Youth- Dew is as relevant to women today as it was when it was first introduced,” stated Karyn Khoury, Senior Vice President, Corporate Fragrance Development Worldwide, The Estée Lauder Companies Inc. “A thoroughly modern fragrance that was ahead of its time, it was sexy when it was introduced and it is sexy now.” This alluring scent is unique in its heritage and legacy and continues to be without equal. As Mrs. Estée Lauder herself used to say, “It is Youth Dew’s unabashedly sensuous aura that made it an international favorite. After all, women still like to feel beautiful, pampered and loved. And that’s what Youth-Dew is all about.” 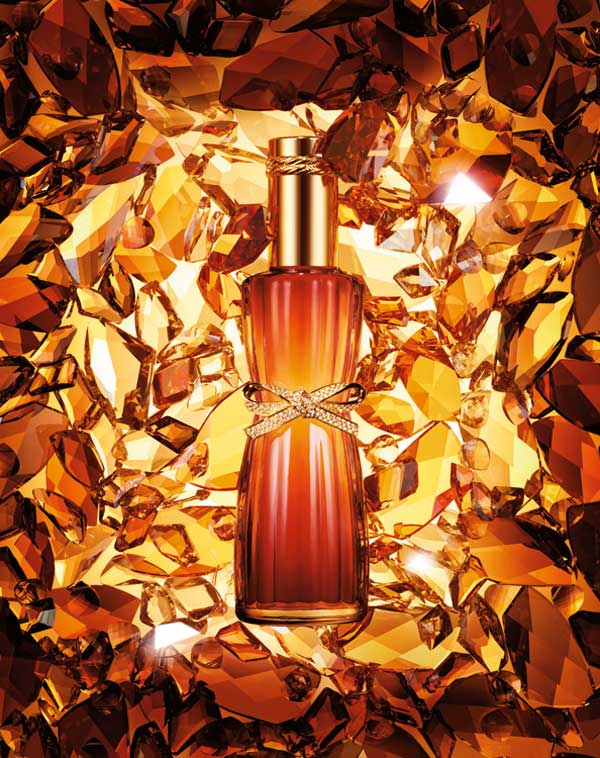 When Youth-Dew was conceived, it was Mrs. Lauder’s exceptional ingenuity and insight into women’s wants and needs that led to its groundbreaking and continued success. At the time, fragrance was only given to a woman as a gift, and reserved exclusively for special occasions. Considered as improper and taboo to purchase their own fragrance, many women waited for a loved one to present them with a bottle of perfume, and once received, these bottles were displayed proudly, but would remain unopened while the fragrance itself evaporated. As a visionary ahead of her time, and the first American woman to create a fragrance with worldwide impact, Mrs. Lauder jettisoned this notion and set out to convince women to think about fragrance in a completely different way, providing them with the perceived permission to not only buy fragrance for themselves, but to use it lavishly.

The development of Youth-Dew began with a scent that Mrs. Lauder’s mother kept in their home for years. Originally created by her uncle for a Russian princess, Mrs. Lauder purchased essences to rework the fragrance until it matched her vision. After months of experimenting, she was not only thrilled with the outcome, but also discovered that Youth-Dew’s sweet, warm, diffusive scent, easily intermingled with flesh and water – making it the first American bath oil to double as a skin perfume.

Positioning Youth-Dew as a bath oil that doubled as a perfume made it acceptable for women to choose and purchase their own fragrance, as bath oils were widely viewed as a personal, feminine product – a small luxury that, like a lipstick, women could purchase for themselves. “The American woman of that time was just catching on to the long-time European passion for body care baths, lotions and oils,” reflected Mrs. Lauder. “So creating a bath oil that could double as a perfume seemed a likely way to start American women on a guiltless journey to their own fragrance buying adventure.”

Underscoring the importance of making fragrance accessible to women, Mrs. Lauder also innovated Youth- Dew’s iconic bottle by not sealing its cap. She understood that if unsealed, women could more easily unscrew the cap while browsing and shopping. A Woman would open a bottle to smell the fragrance and automatically Youth-Dew’s enticing essence was left on her hands. Even after leaving the counter, the captivating scent of Youth Dew would follow and ultimately lead her back for more.

To celebrate Youth Dew’s 60th Anniversary and its enduring influence on women everywhere, in Spring 2013, Estée Lauder will introduce a NEW, Youth-Dew 60th Anniversary Limited Edition Bottle featuring a luxurious crystal encrusted, golden metalized bow for the perfect touch of elegance. The jewel-worthy, sensuously feminine bottle will be packaged in an eye-catching golden carton that complements and conveys

the luxurious and brilliant allure of the fragrance.

Youth-Dew is a beguiling and exquisite balance of initial freshness and femininity with a background of warmth and sensuality:

Youth Dew’s top note is a full-bodied, lush bouquet of Bulgarian Rose and Jonquil with Lavender blossoms, Chamomile flowers and Bergamot that brings a delicate freshness to this rich floral bouquet.

The heart of Youth-Dew is a blend of luxurious floral notes. Voluptuous Jasmine and vibrant Muget are interwoven with sensuous Ylang Ylang and heady Carnation notes. Exotic Spicy accords warm this beautiful floral bouquet and add a hint of mystery.

The background of the fragrance blends precious Patchouli, Vitiver and Sandalwood with velvety Mossy qualities. Incense, Amber and Musky notes suffuse Youth-Dew with a warm sensuality.

The opulent, Oriental feeling of Youth-Dew captures the lasting sensuous allure of a woman. Youth-Dew — simply the sexiest fragrance ever.

The sensuous blend of Youth-Dew is unforgettable. It’s formulation brilliant. It’s impact timeless. Rediscover it for yourself.