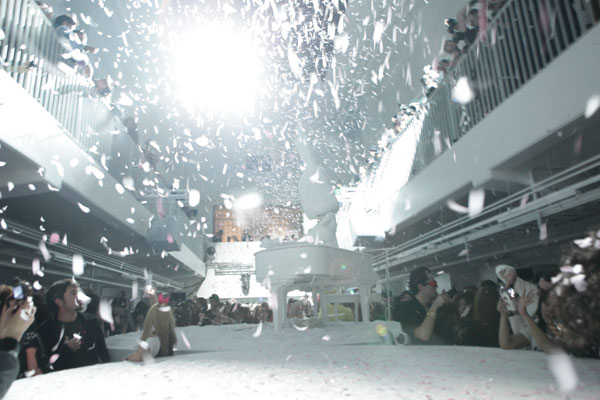 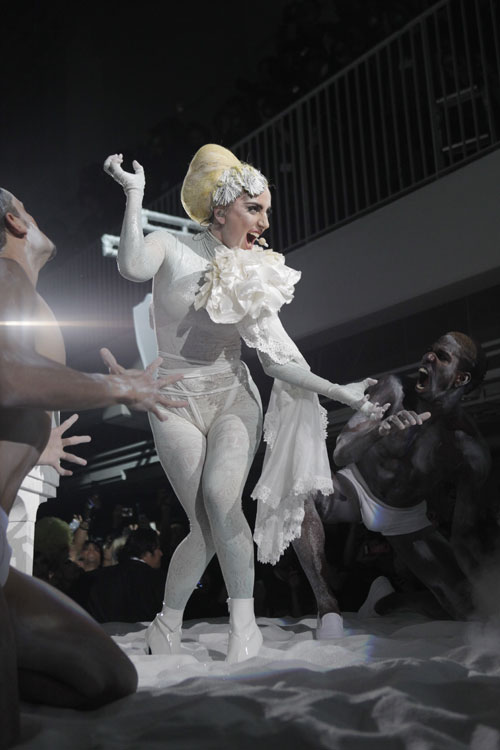 An international and eclectic audience of over 900 guests including Naomi Matsushima, Ms. Riisa Naka and Ms. Kyoko Kano together with influencers from the worlds of fashion, music and art arrived at Tabloid, Tokyo’s newest art and fashion event space – all highly charged and visibly anticipating Viva Glam Spokesperson, Lady Gaga’s performance.

Making a grand entrance, by procession inspired by a Japanese wedding, through the ecstatic, highly charged crowd to chants of ‘Gaga, Gaga, Gaga…’ The lights dimmed and an all white Lady Gaga was led onto a rotating stage, taking her seat at the piano and performing a heart felt version of Speechless. A chilling rendition of Allejandro followed. Bathed in surreal, all white light the performance was a magical fantasy that climaxed as Lady Gaga finished her set with the crowd pleasing Bad Romance. As snowflakes and cherry blossoms magically cascaded onto her and the crowd both fans and followers were left mesmerized by her musical and artistic prowess. 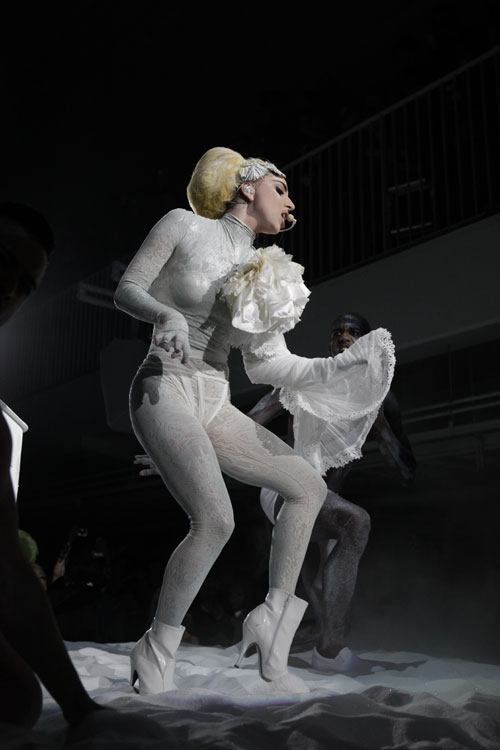 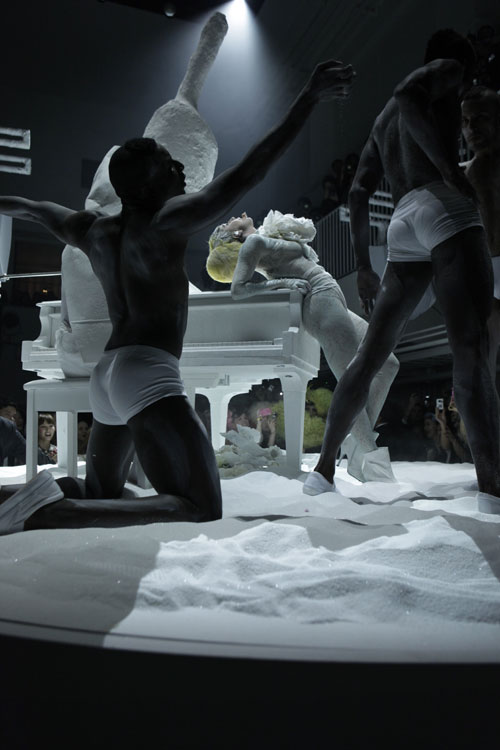 Immediately following the performance, the dynamic duo of the Japanese music scene; rock stars DJ’s the Dexpistols took to the decks, spinning tunes until late into the evening.

From Tokyo the VIVA GLAM Terence Koh piano signed by Lady Gaga will travel to New York City where it will be auctioned at the Donatella Versace/Anna Wintour Art of Elysium event on April 30th, 2010. The funds will be donated to The Harlem Hospital’s Family Care Centre in New York, a program that provides comprehensive medical, psychological and social services to HIV infected children and their families. For details or to make a bid go to: www.theartofelysium.org 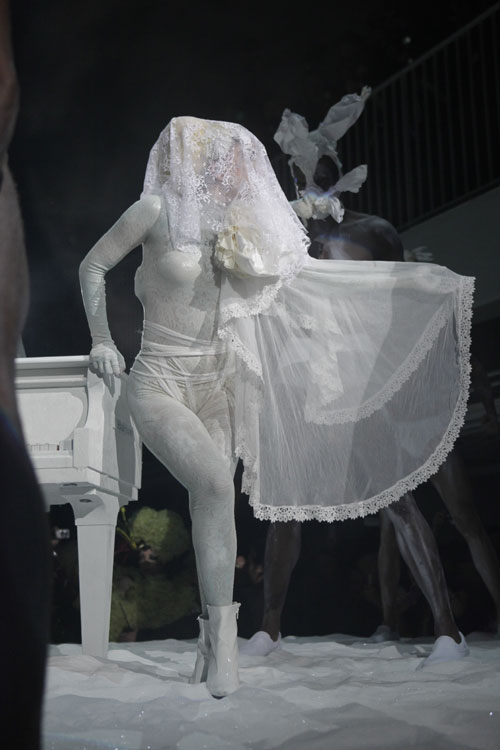 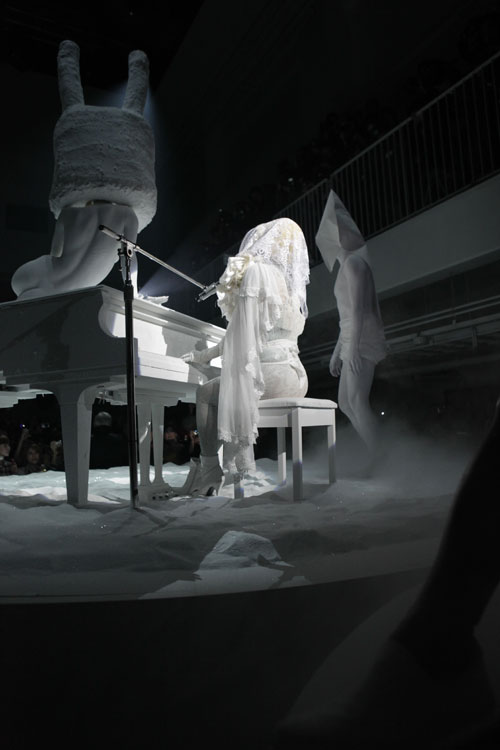 Lady Gaga and Cyndi Lauper’s “From Our Lips” campaign, the M·A·C AIDS Fund’s new initiative creating awareness about the unique and rarely discussed challenges that women face in their fight against HIV/AIDS, has been the MOST successful in the history of the M·A·C AIDS Fund. With their charisma and inspirational voice, Gaga and Cyndi have motivated people around the world to buy over $2.2 million worth of their two shades of Viva Glam Lipstick and press efforts in Tokyo are expected to bolster these record breaking figures even further. 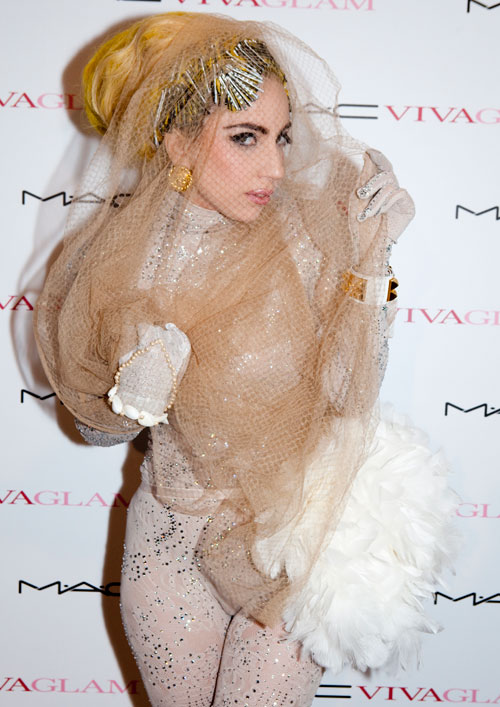 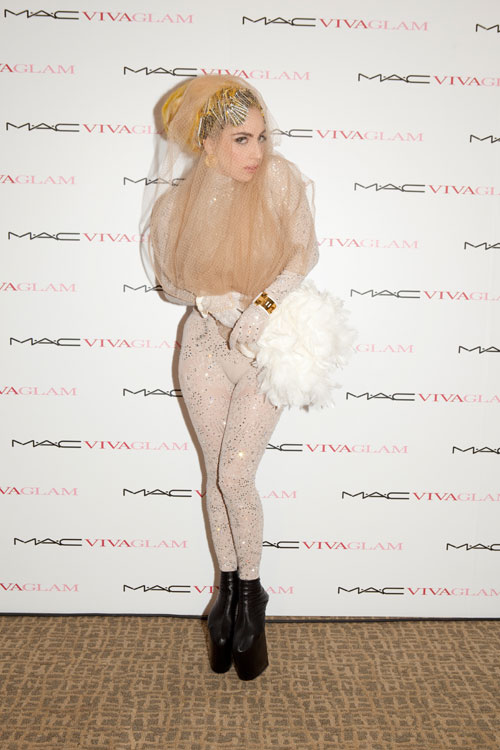 Amidst this activity, M·A·C AIDS Fund Japan donated a check of 10,000,000 YEN ($110,000 USD) to UNICEF JAPAN. This money is generated from the sales of Viva Glam lipsticks and lipglasses in Japan, where the entire selling price of each is donated to the M·A·C AIDS Fund. The 10,000,000 YEN will be directed to the M·A·C Global Partnership, a program dedicated the prevention of mother to child HIV transmission.