Though the news of her Chanel Cruise 2011 appearance and photoshoot with Karl Lagerfeld are still making the rounds on fashion blogs, Georgia May Jagger already has a new modeling pose to show off. But this time instead of standing alone, she’s teaming up with a model very close to her heart – her mother, Jerry Hall! The mom and daughter team just announced that they’ll be fronting the campaign for the Australian skincare range Invisible Zinc. Read full article in Modelinia.com 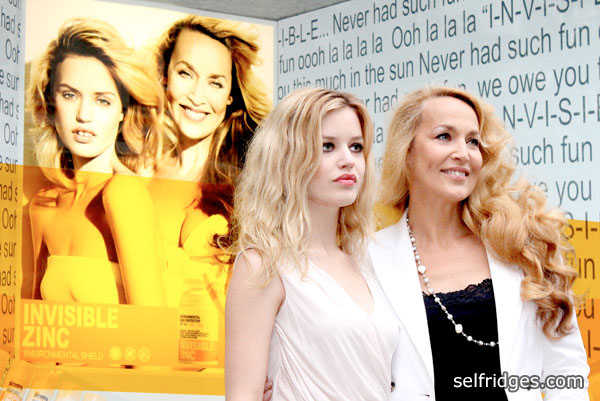