After Georgia May Jagger’s surprise appearance in St. Tropez for the Chanel Cruise 2011 collection, it really should come as a surprise to no one that Karl Lagerfeld has a discovered bit of a model appreciation for her look. And now, he chose her to front the accompanying photos for the collection, alongside the ever present Baptiste Giabiconi. Read full article in Modelinia.com 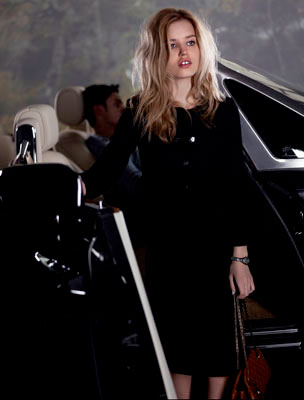