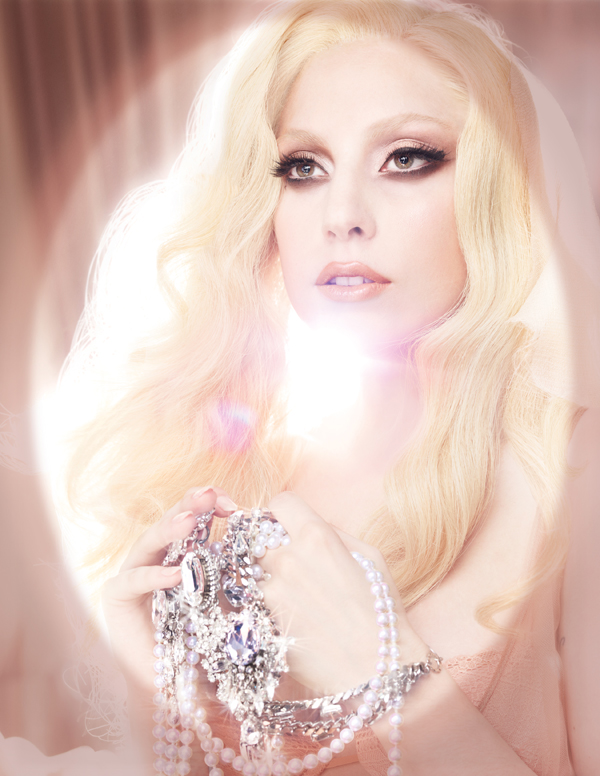 No Bad Romance here. If anything this love affair going stronger than ever…After The Monster Tour mayhem, Gaga back to being our VIVA GLAM Goddess once again, spreading the good word about the impact of HIV/AIDS on women, men and children everywhere. 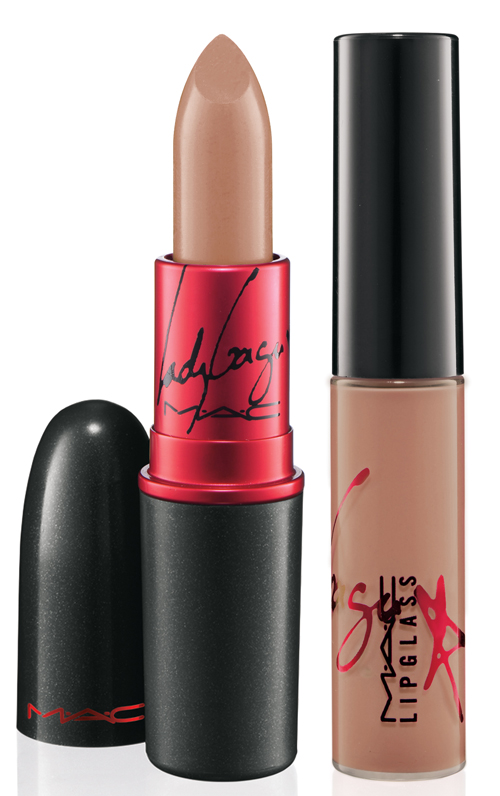 We’re unveiling a hot new shade inspired by The Lady and her passions, in both Lipstick and Lipglass. And by now you (and the world) know every cent from the sale of MAC VIVA GLAM goes toward the MAC AIDS Fund. The MAC World feels like a permanent part of the Gaga Galaxy, doesn’t it?

LADY GAGA EMPOWERS YOU TO LIVE WITH PASSION. LOVE WITH PROTECTION.

February 17, 2011 – New York – Live with Passion. Love with Protection. Lady Gaga, the voice of the latest M·A·C Cosmetics VIVA GLAM campaign, wants everyone everywhere to protect themselves from HIV/AIDS. For the second year in a row, Lady Gaga continues to inspire individuals around the world to make a difference by purchasing her newest shades of M·A·C VIVA GLAM Lipstick and Lipglass – Gaga 2.

Since the M·A·C AIDS Fund’s inception in 1994, every cent from a VIVA GLAM Lipstick or Lipglass purchase has been donated to the M·A·C AIDS Fund. Today the Fund celebrates a significant milestone, raising more than $202 million to support HIV/AIDS programs around the world. This accomplishment represents an enormous commitment throughout the years from the 19 VIVA GLAM spokespeople, Makeup Artists and VIVA GLAM customers around the world.

“As one of the most iconic artists of our time, Lady Gaga has been a powerful and influential voice for the M·A·C AIDS Fund. She is an extraordinary spokesperson and advocate for self-awareness and empowerment and we are excited to have her as the face of our 2011 campaign.” – John Demsey, Chairman, M·A·C AIDS Fund and Group President, Estée Lauder Companies.

In honor of those living with or affected by HIV/AIDS, the M·A·C AIDS Fund is announcing five million dollars in new donations to fund diverse programs that address HIV/AIDS protection, treatment and prevention.

The new VIVA GLAM campaign focuses on self-empowerment and encourages everyone to take control of the HIV/AIDS risk in their lives by using condoms, getting regularly tested, accessing care and treatment, combating stigma and advocating for change. From South Africa and the U.K. to the U.S. and Japan, the M·A·C AIDS Fund supports programs around the world that confront the causes of HIV infection including violence, discrimination and unequal access to financial and social resources.

“I am incredibly passionate about this campaign and strongly believe the M·A·C AIDS Fund has the power to create a global movement not only to combat HIV/AIDS but also to encourage men and women everywhere to protect themselves. I feel honored to be part of such an important cause. My new VIVA GLAM lipsticks are intended to be a reminder to people to live passionately, but do it safely. Be your own biggest fan and protect yourself.” – Lady Gaga, M·A·C VIVA GLAM Spokesperson

The rates are just as alarming for men. In the U.S., just over 75 percent of adults and adolescents living with an AIDS diagnosis are men, with almost two-thirds infected with HIV through male-to-male sexual contact. These numbers are even higher for men of colour.

Lady Gaga exploded onto the global cultural landscape last year with her massive pop anthems and her fashion-forward aesthetic. Worldwide she has sold more than 14 million copies of her debut album, The Fame, and more than 60 million singles, making her music’s biggest breakout star of the decade. She is the first female artist in history to claim five #1 hits from a debut album. She is also the only artist in the digital era to top the 5 million sales mark with her first two hits. Gaga broke the record when her single “Poker Face” reached 5 million in sales after her debut single “Just Dance” had accomplished the same feat the year before. She has over 1.2 billion combined views of all her videos online. The Fame Monster (deluxe) is the highest-selling digital album of all time at over 892,000 full album downloads sold.

She is also a staple in the social networking world. She’s the biggest living person on Facebook with over 27 million ‘likes,’ and is #1 on Twitter with over 7.9 million followers.

Her recent tour, the “electro-pop-opera” extravaganza “The Monster Ball” kicked off last year following the release of her album The Fame Monster (a re-package of The Fame). At a time when concert going has decreased significantly, Lady Gaga’s tour continues to be a booming success.

Next up, Gaga will release Born This Way, an empowerment album about embracing who you are.

Q: This is the second year in a row that VIVA GLAM has partnered with the inimitable Lady Gaga. Why is she such a successful spokesperson for the M·A·C AIDS Fund?

A: She’s an amazing fit for us in so many ways. I think the most important quality is that she is real and she speaks her mind. When M·A·C originally started it was truly a place for all the misfits of the world, where they could feel comfortable and know that they wouldn’t be criticized. We’ve always been all about welcoming everyone into our universe. Gaga is bringing that same spirit to the world. She spreads this message of “don’t be afraid to be who you are, don’t let people put you down,” and radiates this sense of empowerment. Look at how courageously she’s been speaking out lately. She’s so passionate, focused and articulate, and I think we are, too. Especially with VIVA GLAM, we really put ourselves out there and every cent goes to the cause.

Q: The new Lipstick and Lipglass shades are more nude in tone this year. How was the color concept conceived?

A: Jennifer Balbier (SVP Product Development) and I felt that after last year’s shades – Gaga ‘s fun pink and Cyndi’s coral red – it was time to move in a new direction. I think Gaga herself has moved into nude tones and we didn’t want to shoot something that was out of place. So she was actually part of the inspiration.

Q: Last year the visuals for this campaign (shot by Ellen von Unwerth and starring Lady Gaga and Cyndi Lauper) were very colorful and flamboyant. This time around, there is a more subdued, sensual look and feel. Tell us about the evolution and the creative behind it all.

Working with Gaga is very much a partnership: It’s a team effort and collaboration. The photographer Nick Knight, Gaga’s stylist Nicola Formichetti and I wanted the campaign to feel a bit more timeless, but still very much her. Last year was all about a fun, feminine kind of sensibility, so I think if you compare that with what we’ve created this year, it’s refreshing to see her in a way you wouldn’t expect. We thought: let’s go with the idea of nude and the stripping away of what she’s famous for and make her a little more elusive and evasive. The tone is undeniably glamorous as well.

Q: Have you ever considered expanding the VIVA GLAM line?

A: We have definitely toyed with the idea of adding an eye shadow or a fragrance, etc. but there’s also something nice about VIVA GLAM being pure. It’s not an entire colour story or made of tons of components, it’s focused. VIVA GLAM is also one of the few campaigns that we put into our advertising budget, and when you’re trying to get such an important message across, it’s simpler and stronger, that it’s about one product. And of course there’s the idea that lips are speaking out, which is what VIVA GLAM is all about.

Q: It certainly says a lot about how far you’ve come from with the M·A·C AIDS Fund to have one of the most famous people in the world speaking out on its behalf.

A: It’s unbelievable! Who would ever think we would have such an amazing roster that ranges from RuPaul to now Lady Gaga? I mean, wow. We’ve been so fortunate to be able to continue making a difference. That’s what it’s all about.