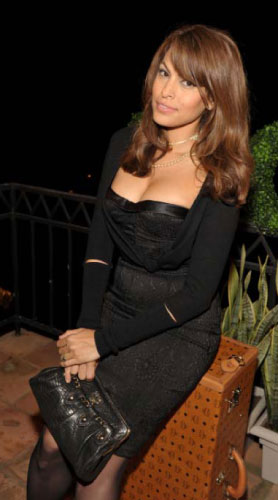 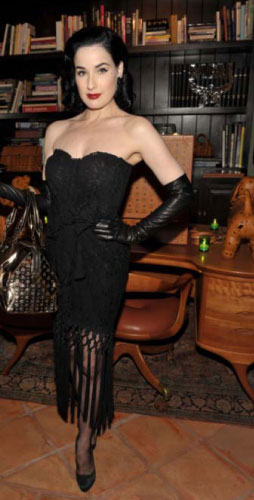 Douglas Little of DL & Co. was the creative genius behind the artistic décor. A translucent Plexiglas pool cover etched with MCM’s logo instantly transformed the aquatic structure into a chic dance floor, from which, guests enjoyed the mystical sunset with sweeping views of the infamous Hollywood sign and the Pacific’s endless horizon.

The home’s library served as an elegant backdrop for guests to preview MCM’s Spring/Summer 2010 Collection. Celebrities, influencers and tastemakers alike inscribed their signature upon an MCM Cognac Visetos Trunk, which will be donated to Art of Elysium, Eva Mendes’ charity.

A replica of the iconic MCM Cognac Visetos bag, embossed with Flaunt’s logo, encases the April Fashion Issue. Complete with handles, it is perfect for any fashionable reader on the go. Actress Kristen Stewart graces the cover of the issue, which hits stands the week of April 12, 2010.

A vibrant spread featuring MCM’s Spring/Summer 2010 Collection is unveiled in the interior of the magazine. “MCM Gets Carried Away in LA” was shot on location in Los Angeles by photographer Dove Shore, and tells a story through imagery. From the beaches of Malibu to a premier at Grauman’s Chinese Theatre, MCM left no corner of the city unvisited – the paparazzi even caught MCM scouting real estate on Beverly Hills’ Rodeo Drive. Rumor has it, they are looking to open a retail location on the prestigious street in the near future. MCM is currently available at Saks Beverly Hills, West Coast Plaza, Saks.com and the brand’s namesake boutique at The Plaza Hotel. 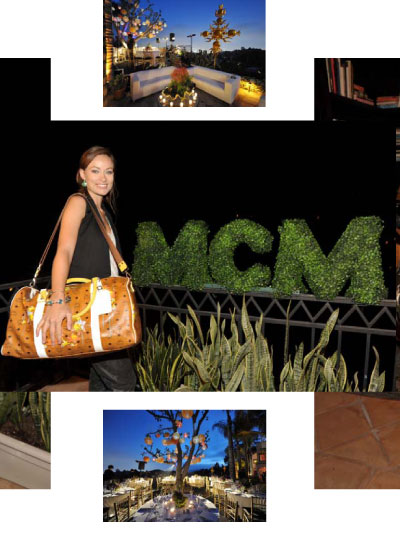 MCM and Flaunt are pioneers for today’s luxury market, making them synonymous with one another, and therefore, a flawless match for a collaboration on the highly anticipated April 2010 Fashion Issue.