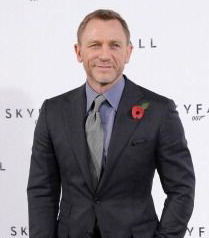 Tom Ford, President and Chief Executive Officer commented, “I could not be happier to be dressing Daniel Craig again in the next James Bond film. James Bond epitomizes the TOM FORD man in his elegance, style and love of luxury. I am thrilled to move forward with this iconic character.”