Donatella Versace At Glamour’s Women Of The Year Awards

Donatella Versace was honored as one of Glamour’s Women of the Year in a ceremony sponsored by L’Oreal Paris with a special performance by Grammy-nominated singer Janelle Monaé at the Carnegie Hall New York City, Monday, November 8, 2010. 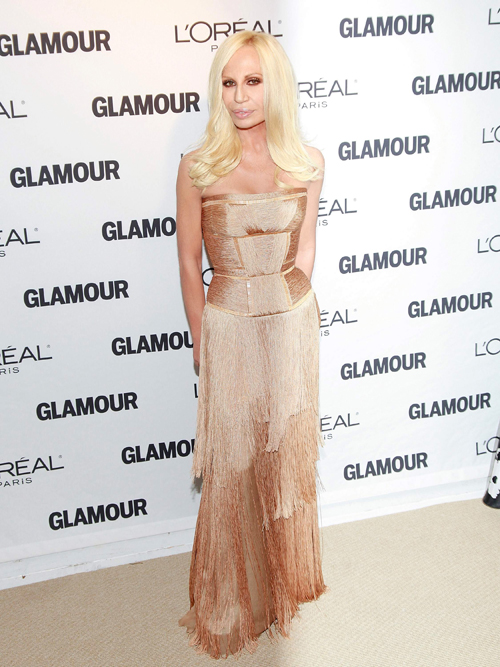 Award winner and designer Donatella Versace wore of dress of her own design from Versace’s Spring 2011 Collection. The gown was composed entirely of nude silk fringes, with a wrapped corset of fringes and a gorgeous full fringe skirt.

This prestigious award was presented by Janet Jackson and Hilary Swank. The 2010 Women of the Year were profiled in the December issue of Glamour, with a photo portfolio by renowned photographer Martin Schoeller. For four years, Glamour has raised money for extraordinary philanthropic organizations through their Women of the Year fund initiatives; this year the initiative supports the humanitarian efforts of Dr. Hawa Abdi of Somalia. 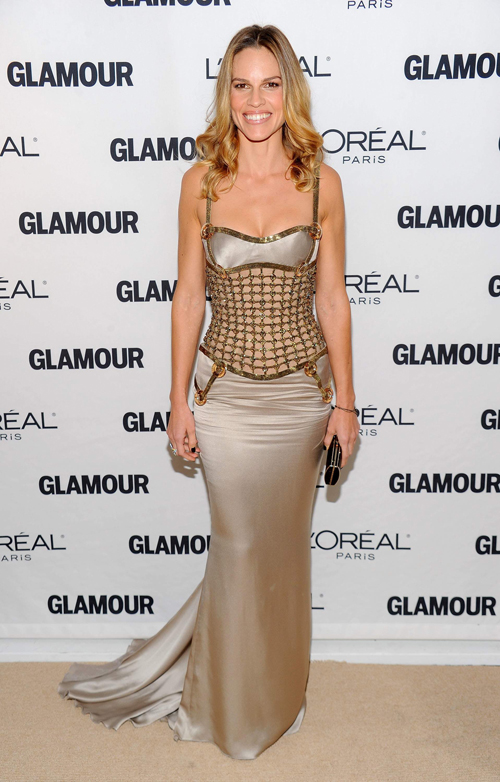 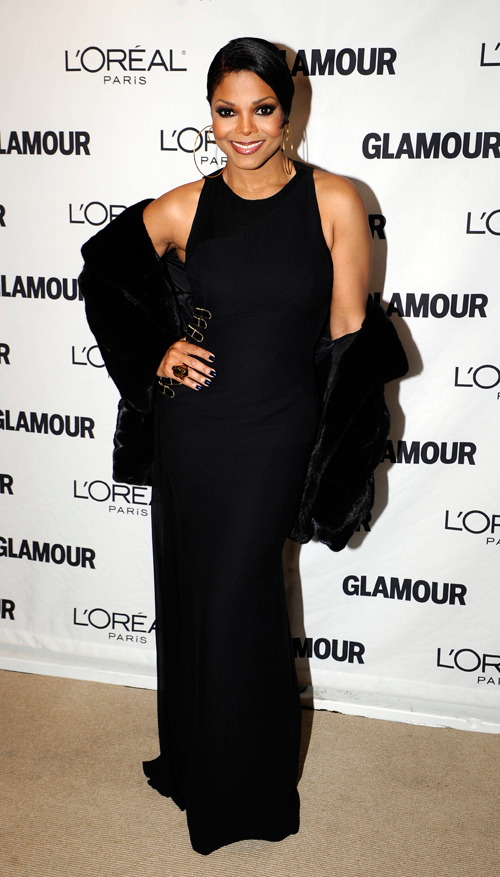 Music icon and presenter Janet Jackson wore a black Atelier Versace gown with a gold belt detail on one side, and completed the look with stacked double platform patent leather Versace pumps.

Other award winners include Fergie, Julia Roberts, Cher, Queen Rania of Jordan, Lindsey Vonn, Mia Hamm, Lisa Leslie, Constance McMillen, Katie Spotz, Four of the World’s Female Heads of State including President Ellen Johnson Sirleaf of Liberia, President Dalia Grybauskaite of Lithuania, Prime Minister Iveta Radičovó of Slovakia, Prime Minister Kamla Persad-Bissessar of Trinidad and Tobago, and 20 young women who are already changing the world such as Sharmin Mollick, who was forced to quit school in the seventh grade but refused to give up on her education, and the 14 year old style blogger Tavi Gevinson.