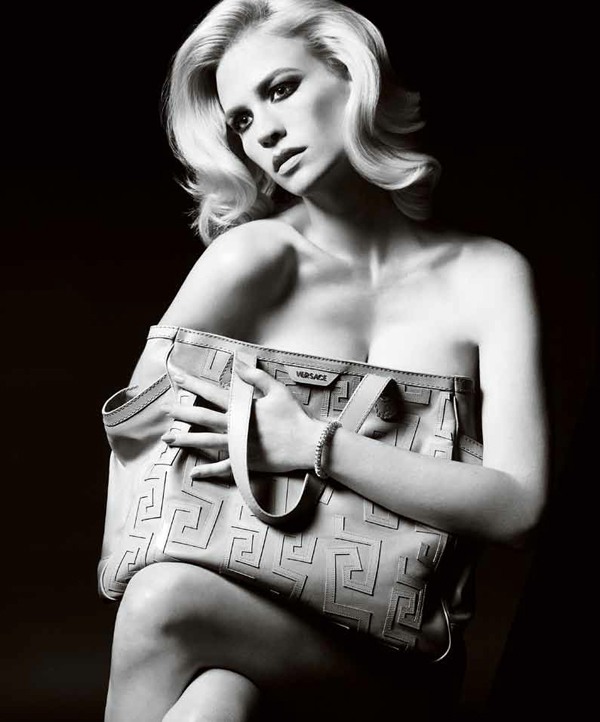 Under the creative direction of Donatella Versace, shot by Mario Testino in London, the images show the actress with her sophisticated beauty… Wearing the new Versace accessories. Donatella Versace says: “I am always on the lookout for the next Versace blonde… and in January I feel I have found a perfect Versace woman for the twenty-first century. She is chic and elegant but deeply sensual too – it is a ‘dramatic’ combination.” 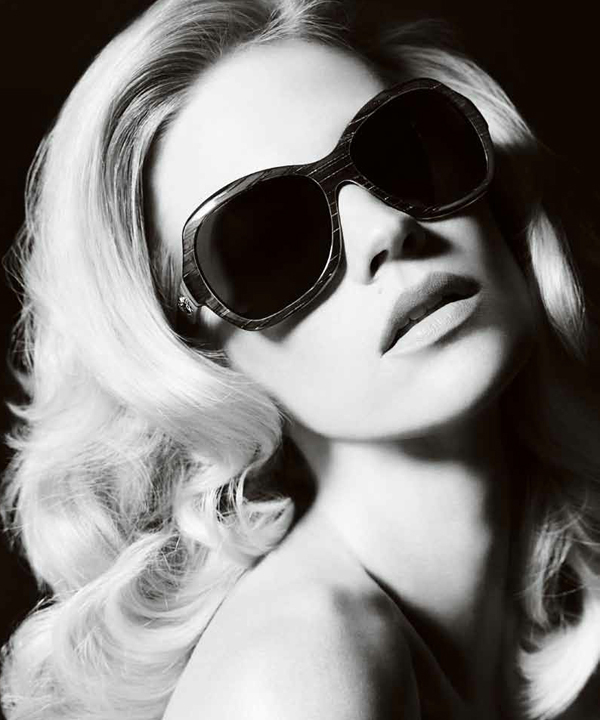 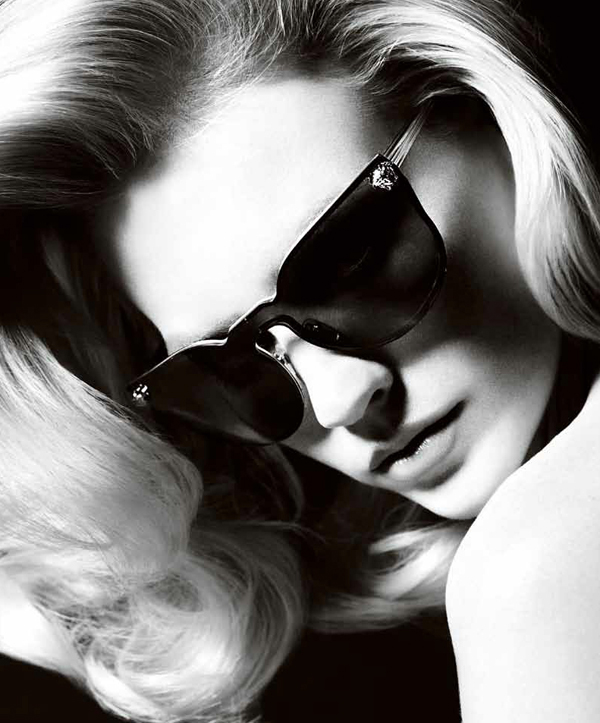 The black and white photographs and hair and makeup reference the spirit of theSixties, which is appropriate as January is best known for her role in the award-winning AMC TV drama series, MadMen, which is set in the Sixties, in which she plays former model, Elizabeth “Betty” Francis (formerly Draper).