Last night, 1/29/2012, at Hollywood hideaway hotel Chateau Marmont, The Weinstein Company along with Dewar’s hosted a private cocktail party after the 2012 SAG Awards to celebrate their nominees and the evening’s winners. 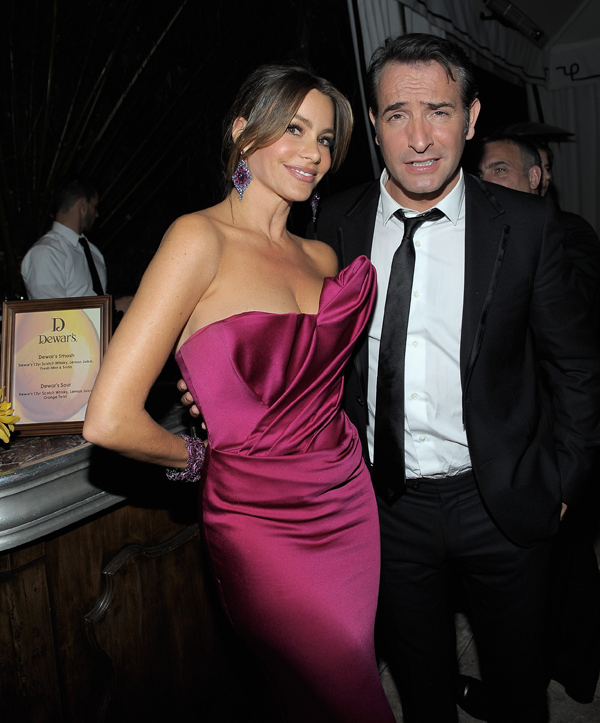 The beautiful lady from left: Sophia Vegara with Jean Dugardin 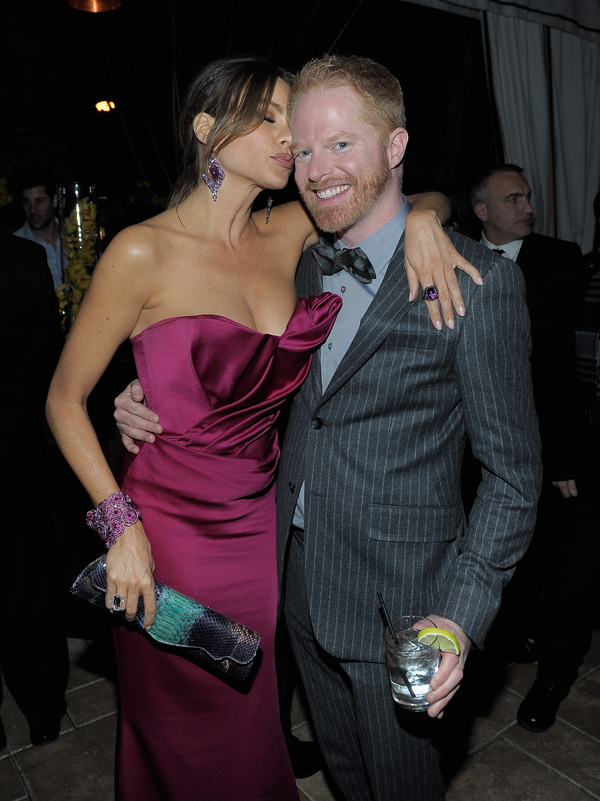 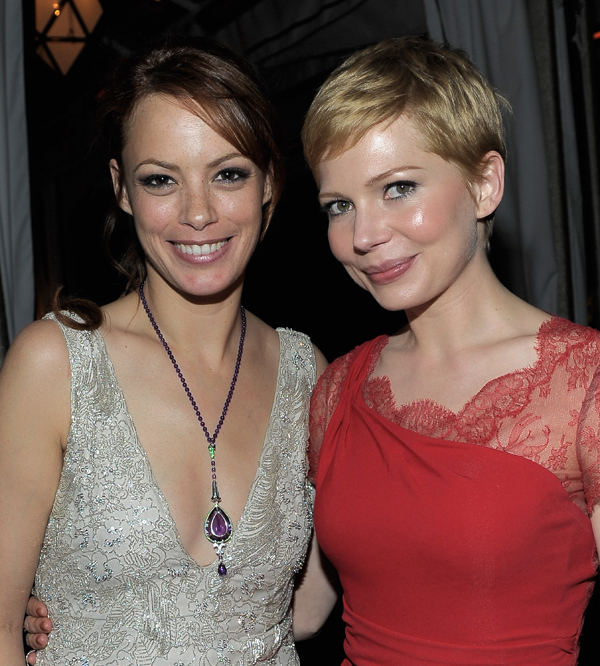 When the night’s big winner Jean Dugardin entered the party everyone stood up from their table’s for a standing ovation! And even though Meryl Streep lost to Viola Davis, she was still the most popular guest to snap cell phone photos with. Jesse Tyler Ferguson and Guy Pearce both rushed up to her and gushed how excited they were to meet her. She was in great spirits and even cheered glasses with the other nominees Glenn Close, Berenice Bejo and Michelle Williams as they all said it unison, “We’re such LOSERS!”

The cast of Glee were surprise guests and didn’t know there was a party there that night. They ended up grabbing their own table and sticking together, with Darren Criss even sitting on Diana Agron’s lap.