All Posts Tagged With: "The Beat for Men"

Burberry The Beat for Men

With the overwhelming success of Burberry’s most recent women’s fragrance The Beat, this November 2008 Burberry launched The Beat for Men. Inspired by the British rock n roll type of energy, The Beat for Men is young, modern, masculine and dynamic. 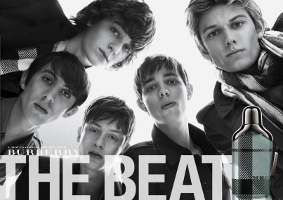 The inspiration for Burberry’s The Beat for Men, according to Burberry creative director Christopher Bailey, was music, specifically the music of the bands Razorlight, the Fratellis, Arctic Monkeys and Kasabian. “I think there is so much crossing over between creative mediums,” said Bailey. “Art, design, fashion, music – they all feed off each other and inspire each other. So I sat with the perfumers and gave them a ton of music. I think it’s a bit lazy to say, ‘The guy is 18 to 25, lives in that type of house…’ I don’t care how old or how young the guy is. It’s the attitude, and what taste the direction goes in. So the perfumers listened to the music as they were creating the fragrance, and they got it instantly.”