All Posts Tagged With: "Wu Red"

Yadim from Maybelline New York created a youthful and fresh look with a “barely made up” finish, punctuated with a bold and modern strained red lip in what he calls “Wu Red” — a blend of Maybelline lip shades uniquely combined for the Jason Wu SS16 show. 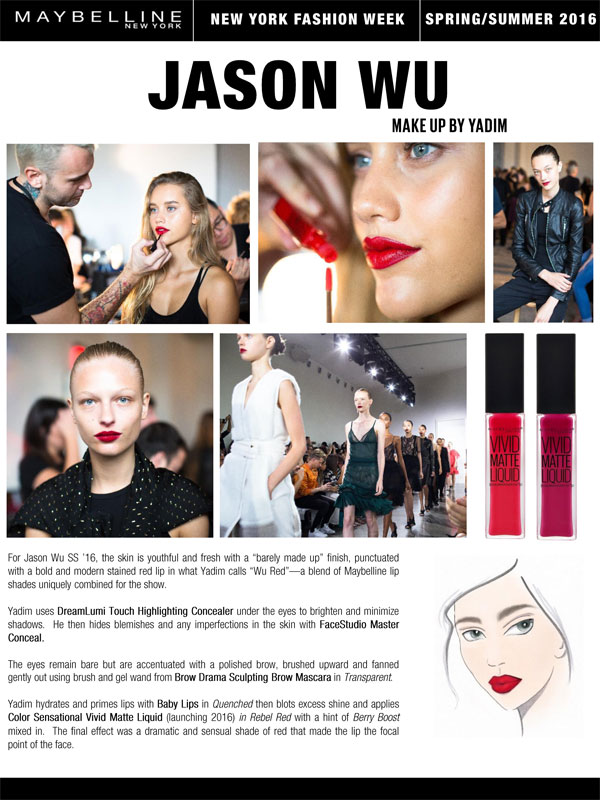 DreamLumi Touch Highlighting Concealer under the eyes to brighten and minimize shadows.