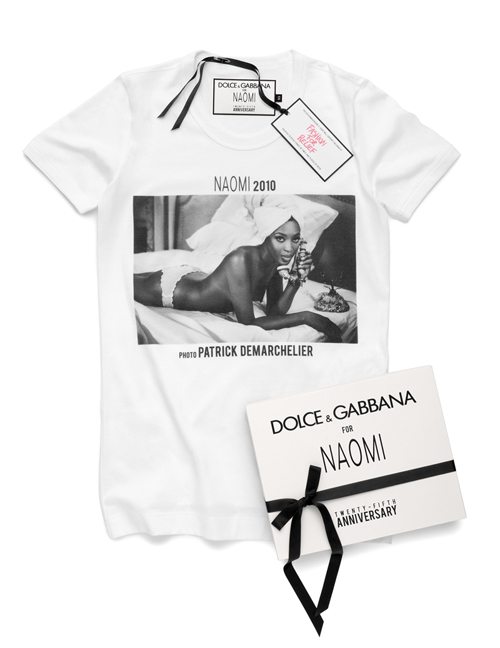 Dolce&Gabbana designed a Limited Edition collection of 14 T-shirts to celebrate the anniversary, each one displaying an iconic image of Naomi Campbell taken by the world’s most esteemed contemporary fashion photographers.

The evening at Dolce&Gabbana’s Madison Avenue boutique will include two performances (the first one at 7:45pm and a second one at 9:15pm) featuring Naomi and 14 female models who represent her different looks over the years. Famed choreographer Laurie Ann Gibson arranged the dance and the music will be provided by DJ Lindsey. Naomi Campbell will be there to sign the 25th Anniversary T-shirts from 6:30pm to 9:45pm. 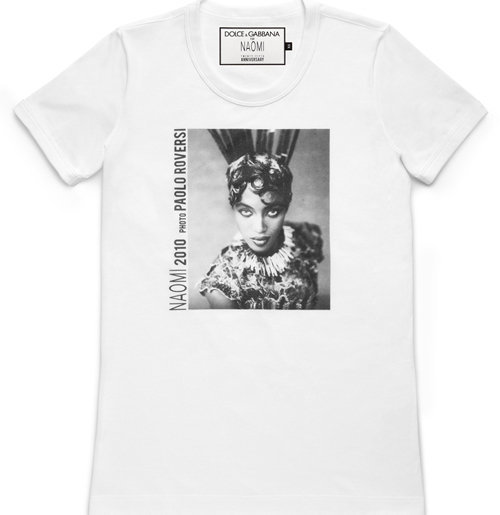 The collection of T-shirts will be on sale exclusively at Dolce&Gabbana boutiques in New York (September 10th), London (September 21st), Milan (September 26th), Paris (October 4th), Moscow (October 20th) and will continue on to Beijing, Hong Kong and Shanghai.

The 25th Anniversary T-shirt will support the charity Fashion for Relief, founded by Naomi to raise funds in the fashion world in time and places of need.