On newsstands nationwide August 24, 2010, the September 2010 issue of VOGUE features Halle Berry on the cover. After a three year silence, the Academy Award-winning actress opens up to writer Jonathan Van Meter about being a mom to two-year-old daughter Nahla and her breakup with Nahla’s father, Gabriel Aubry. Berry was photographed for the magazine by Mario Testino. 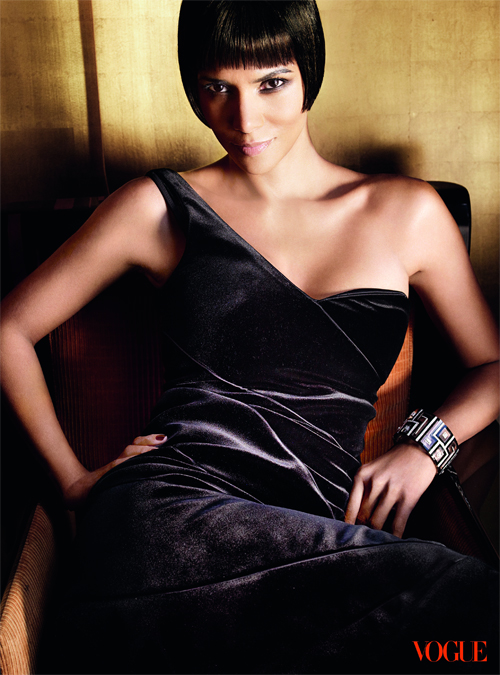 HIGHLIGHTS FROM THE ARTICLE 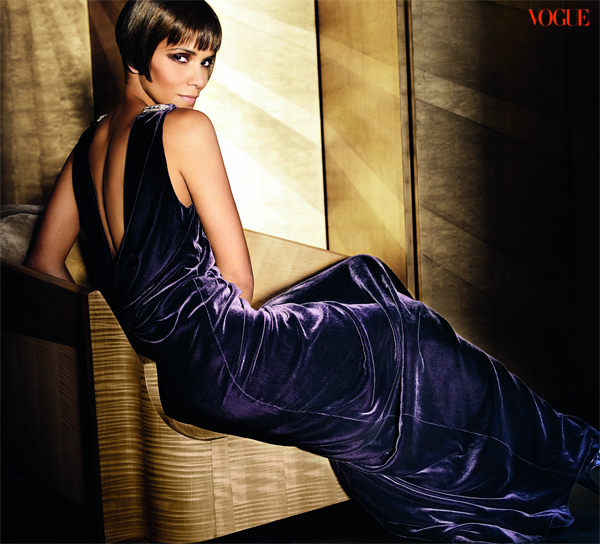 On her first interview in three years: “I was burned-out with having other people tell the story about me that they wanted to tell. I told my publicist, ‘I’m not going to talk anymore. I’m just going to live my life and be who I am.’”

On the “Oscar curse”: “Everybody talks about the Oscar curse,” she says. “People win Oscars, and then it seems like they fall off the planet. And that’s partly because a huge expectation walks in the room and sits right down on top of your head. The moment I won the Oscar, I felt the teardown the very next day. I thought, If I’m going down, I’m going down taking chances and daring to risk. Hence…Catwoman.”

On her appreciation of the female body: “I love the naked female form…. I just feel like that’s the most empowered position you can be in.”

“That comes with age,” she says. “I’ve been slowly getting there. If the world wouldn’t persecute me, I’d take nude pictures every day of the week.” 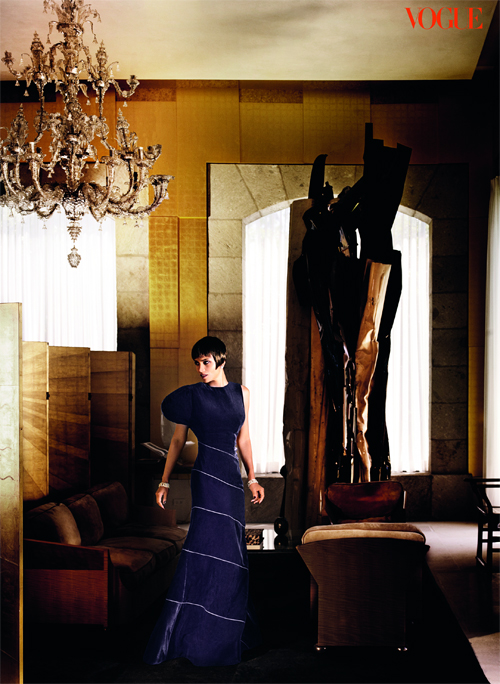 On her relationship and breakup with Gabriel Aubry:

“It’s just that you realize you are not meant to go the distance with everybody,” she says. “We were meant to bring this amazing little person into the world. And I think that’s why we came together. And because of that, we are going to be together forever, all three of us. We are a family until we are not here anymore.”

“We have always been friends, we’re still friends, we love each other very much, and we both share the love of our lives. And we are both 100 percent committed to being the best parents we can be. And while it was not a love connection for us, he was absolutely the right person to have this child with because she is going to have an amazing father. And that was really important to me. We’ll make sure we always do what is right for her and put her first. And she will see as she grows that we have a lot of love for each other.” Read full article in Vogue.com