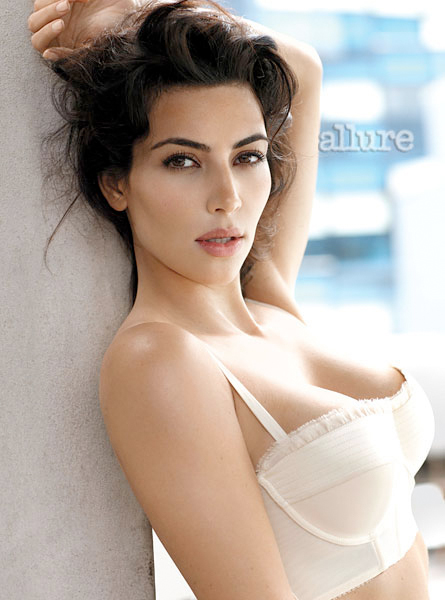 Kim Kardashian’s Makeup: “Kim has gorgeous skin, and we wanted to play it up with a luminous look,” said Gucci Westman…

She mixed moisturizer with a cream highlighter and applied it to the Kardashian’s cheekbones, nose, and the bow of her mouth. She added mauve cream blush to give Kardashian “sexy, flushed cheeks.” Next, she smudged Kardashian’s eyelids with a brown shadow and covered the shade with lip balm to add a dewy effect. The final touch: berry lip stain on the lips. Read full article in Allure.com

The September issue of Allure, on newsstands August 24, 2010.