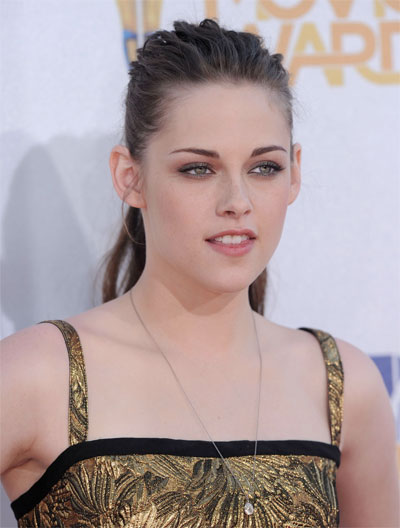 How to get Kristen Stewart’s hair at MTV Movie Awards 2010: Hair Tutorial

Adir applied Fekkai Full Blown Volume Styling Whip ($23) from the roots to the ends to create volume. He then dried the hair using his hands.

With a one inch curling iron, he curled the top sections of the hair in various directions to add movement. For added texture, Adir applied Fekkai Beach Waves ($23), to loosen the curls. He then pulled the hair into a high ponytail and secured with a piece of hair from the underneath by wrapping it around the base of the ponytail; this creates a beautiful, clean hold. To finish the look, Adir added Fekkai Coiff Sheer Hold Hairspray ($35) for all night hold.