French siren Marion Cotillard is featured on the cover of VOGUE July 2010. With a new film out this month, the Oscar winner reveals to Contributing Editor Joan Juliet Buck her passion for music and Modigliani—and her true bohemian spirit. Photographed by Mario Testino. 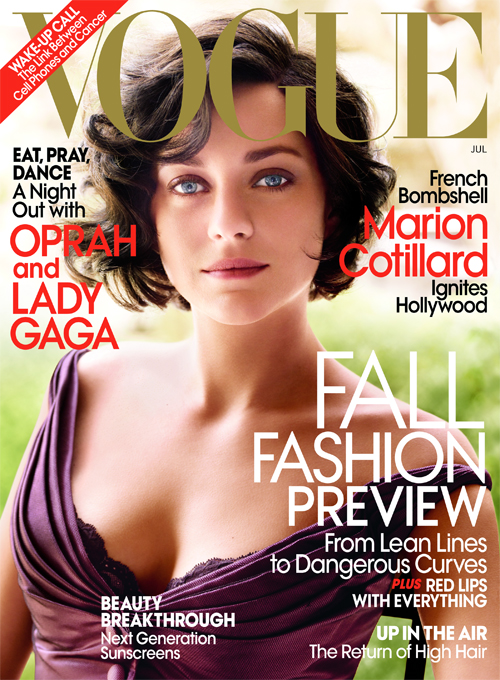 Marion Cotillard on playing in the Expressionist-Surrealist band Yodelice fronted by composer Mazim Nucci: “I play the bass guitar, keyboard, and tambourine—I’m their one-woman band and all-purpose maid,” Cotillard explains. She’s taken to appearing with Yodelice on tour, dressed as a man, under “Simone,” the name of her maternal grandmother. “It’s pretty refreshing to be in a situation where the spotlight is on someone else.” 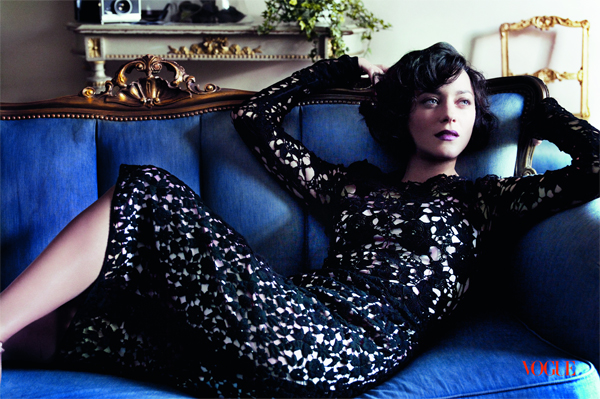 On her Oscar winning portrayal of Edith Piaf in La Vie en Rose: When the film was over, she couldn’t shake Piaf. Her hairline and her eyebrows were still shaved. She fled with Canet to Peru and the Amazon; she went to Bora Bora with her best friend, Geraldine. “It was there that I found myself articulating why Piaf was still living inside me. She had been abandoned as a child; her greatest fear was to be alone. Now I didn’t want to abandon her. I finally was able to say, ‘She’s been dead for 40 years; it’s OK.’” 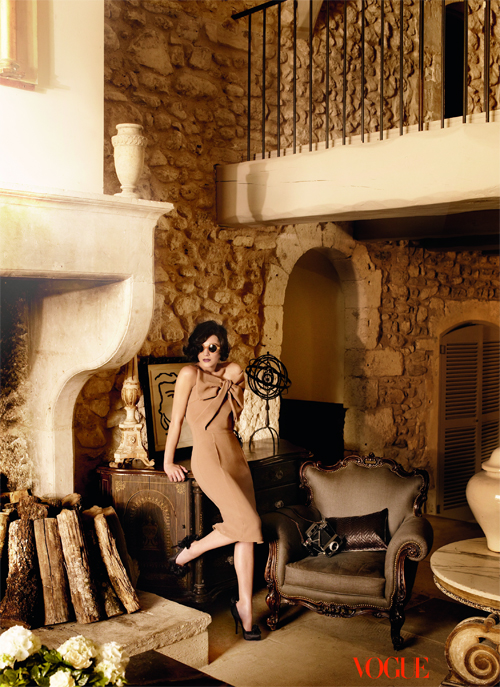 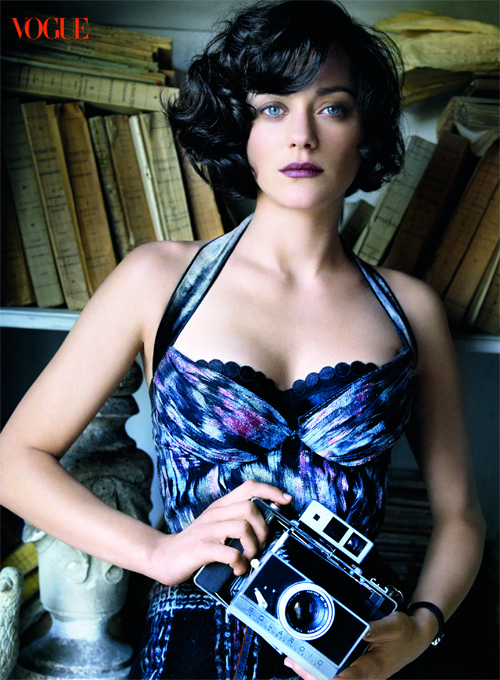 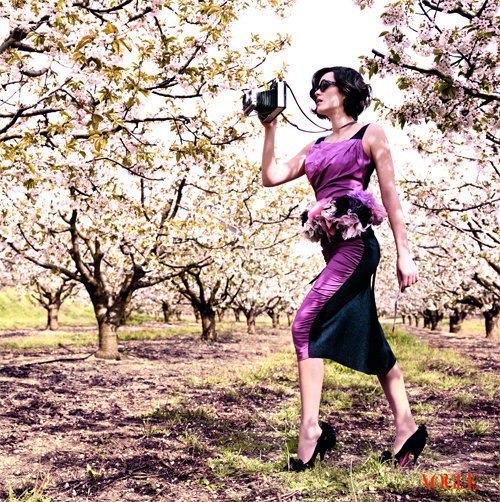 Her inspiration for her character in the musical Nine: She goes into every character as deeply: lived on the Menominee reservation for Billie Frechette, spent four months learning to dance for Luisa in Nine. Her inspirations for the cockolded director’s wife included Fellini’s wife, Giulietta Masina, and Eleanor Coppola’s documentary Hearts of Darkness, about the shooting of Apocalypse Now. Photos of Audrey Hepburn gave her “the hairdo with the big personality, the thick bangs and the ponytail. You paint your character with colors you have taken from everywhere.”Read full article in vogue.com

WATCH A behind-the-scenes video from the photoshoot is also online: